Renovation and extension of an existing house in Marbella (Spain). A project by Gonzalo Gutiérrez 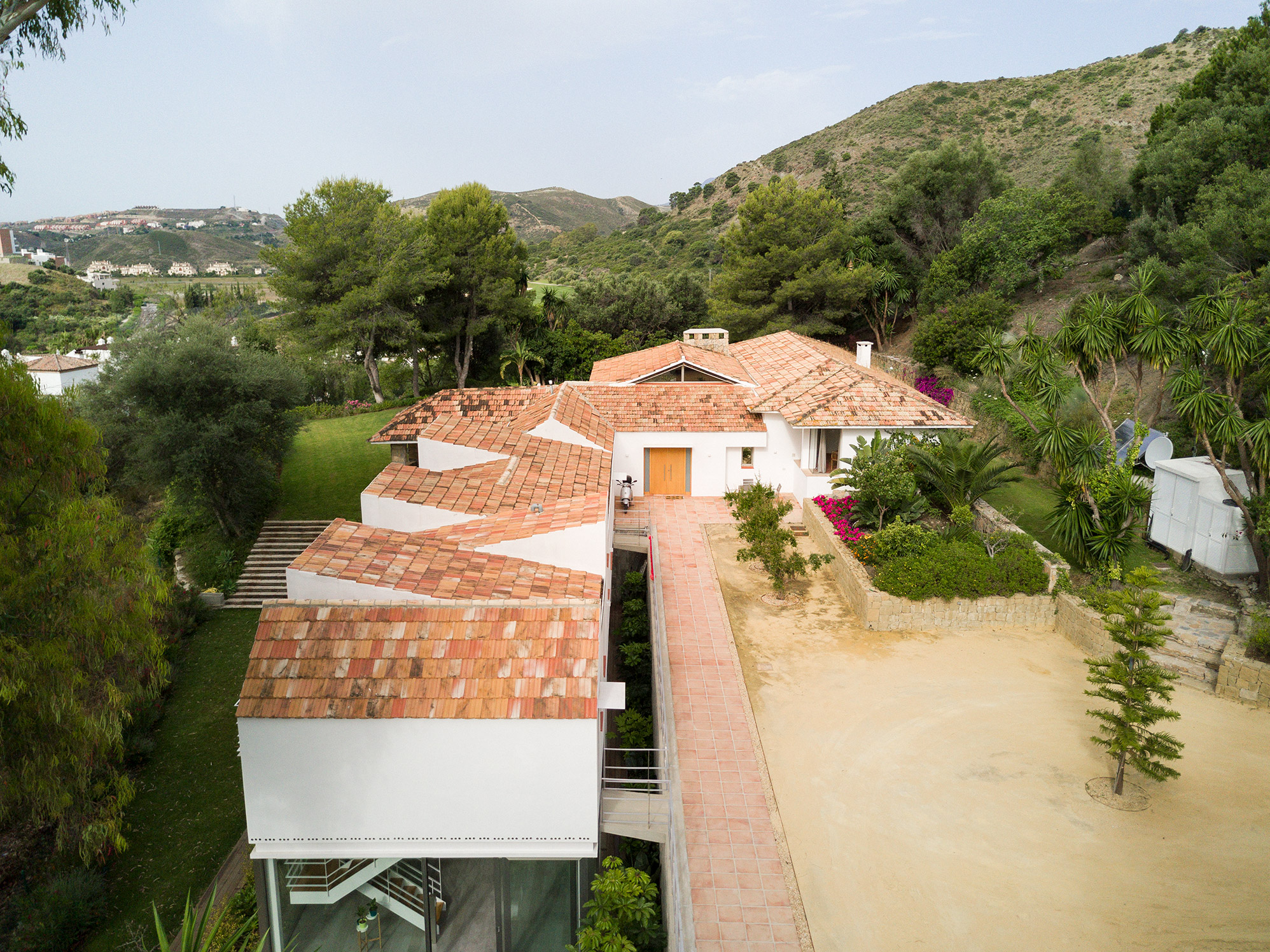 A single-family house built in the 60’s, in a partial state of ruin is acquired by a new owner, who demands for new functionalities for the house.

The new reconstructed wing has a formal and constructive duality, sharing aesthetics and similar solutions to the previous house in the entire north façade (arrival to the house), since it is in this area of the house where you can see both eras. This facade has been resolved with traditional construction techniques to achieve the integration of the new part with the old. 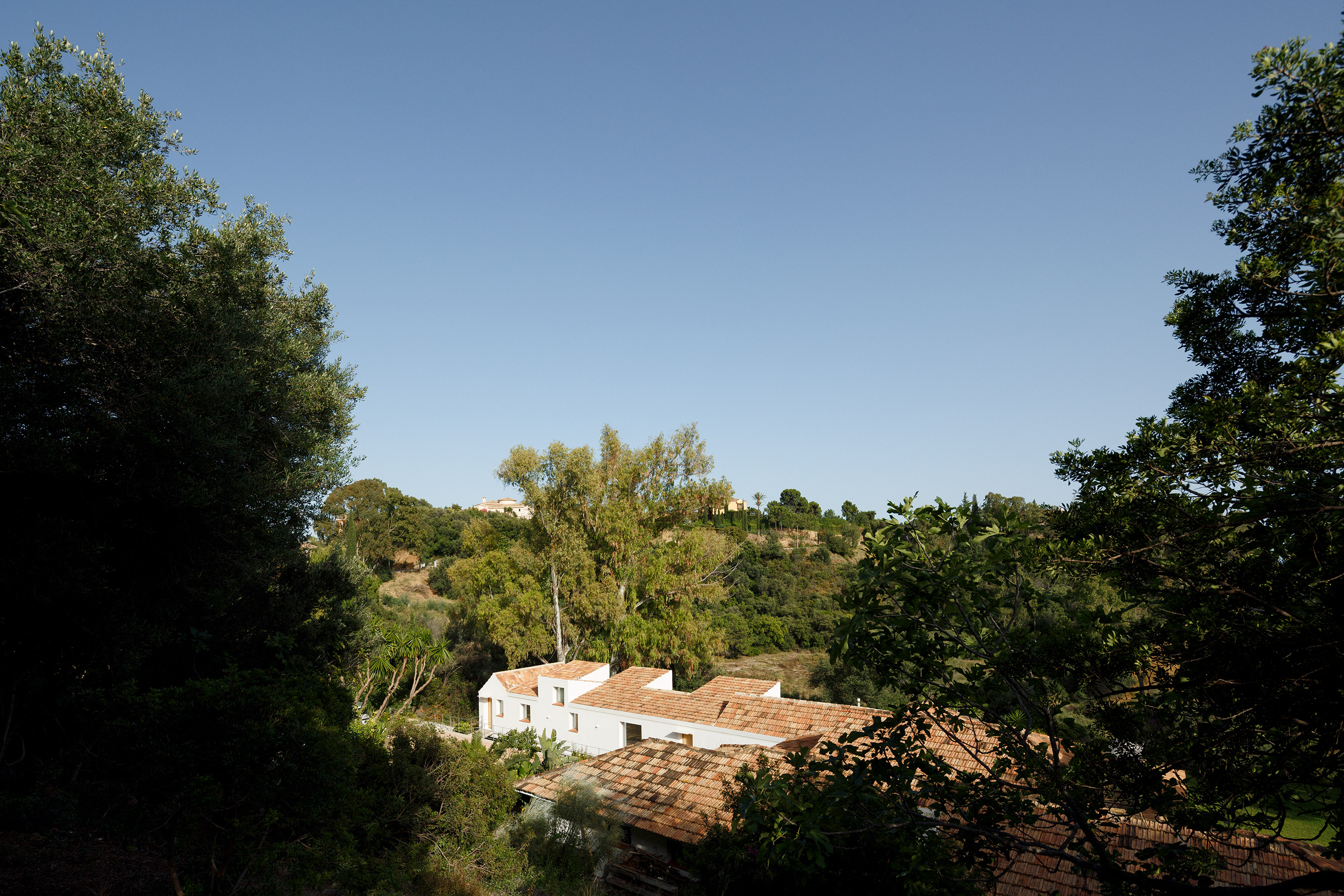 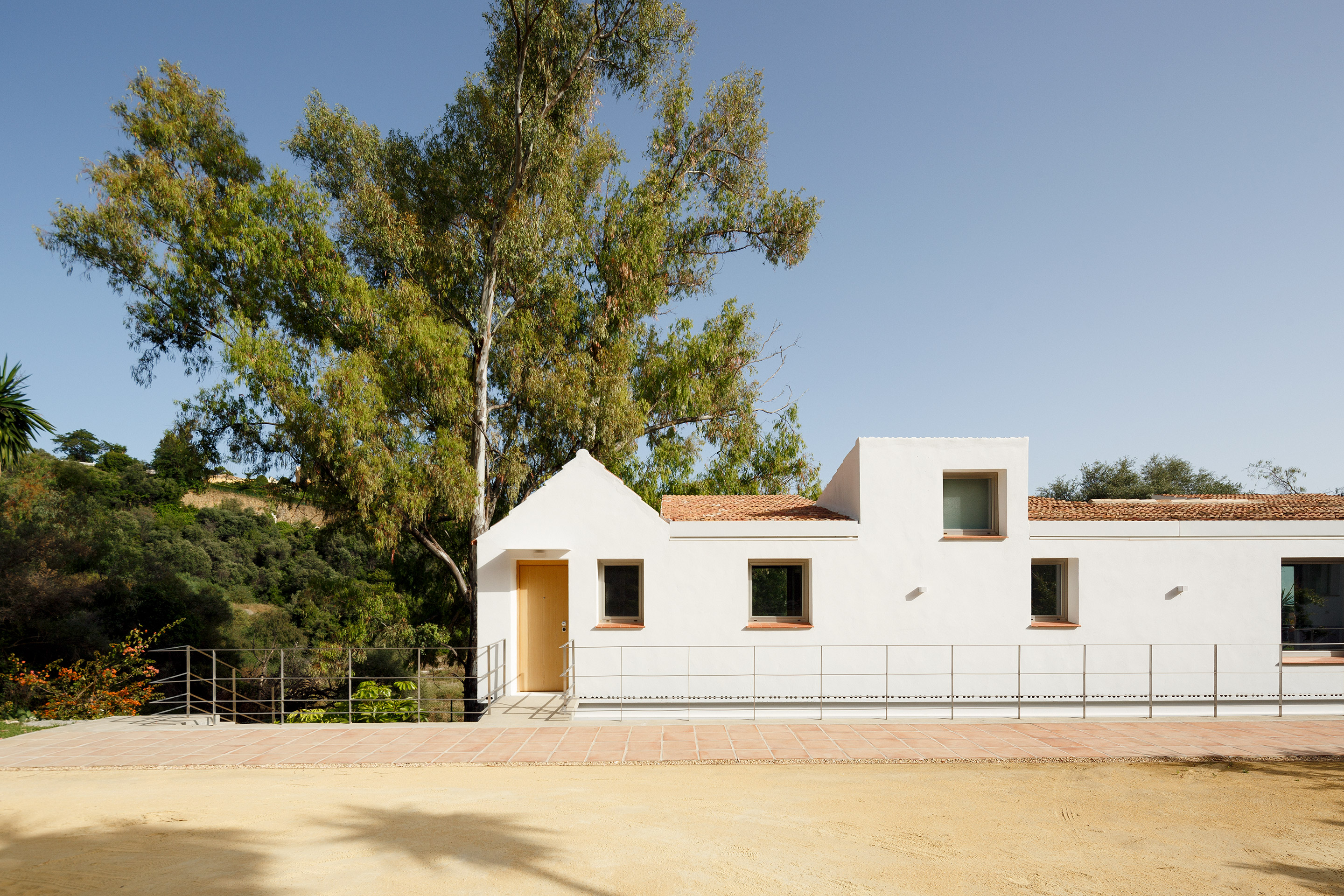 The most notorious modification occurs in the reconstructed east wing where the height is doubled (enabling a previously non-existent basement) and reconfigures to accommodate the new program. 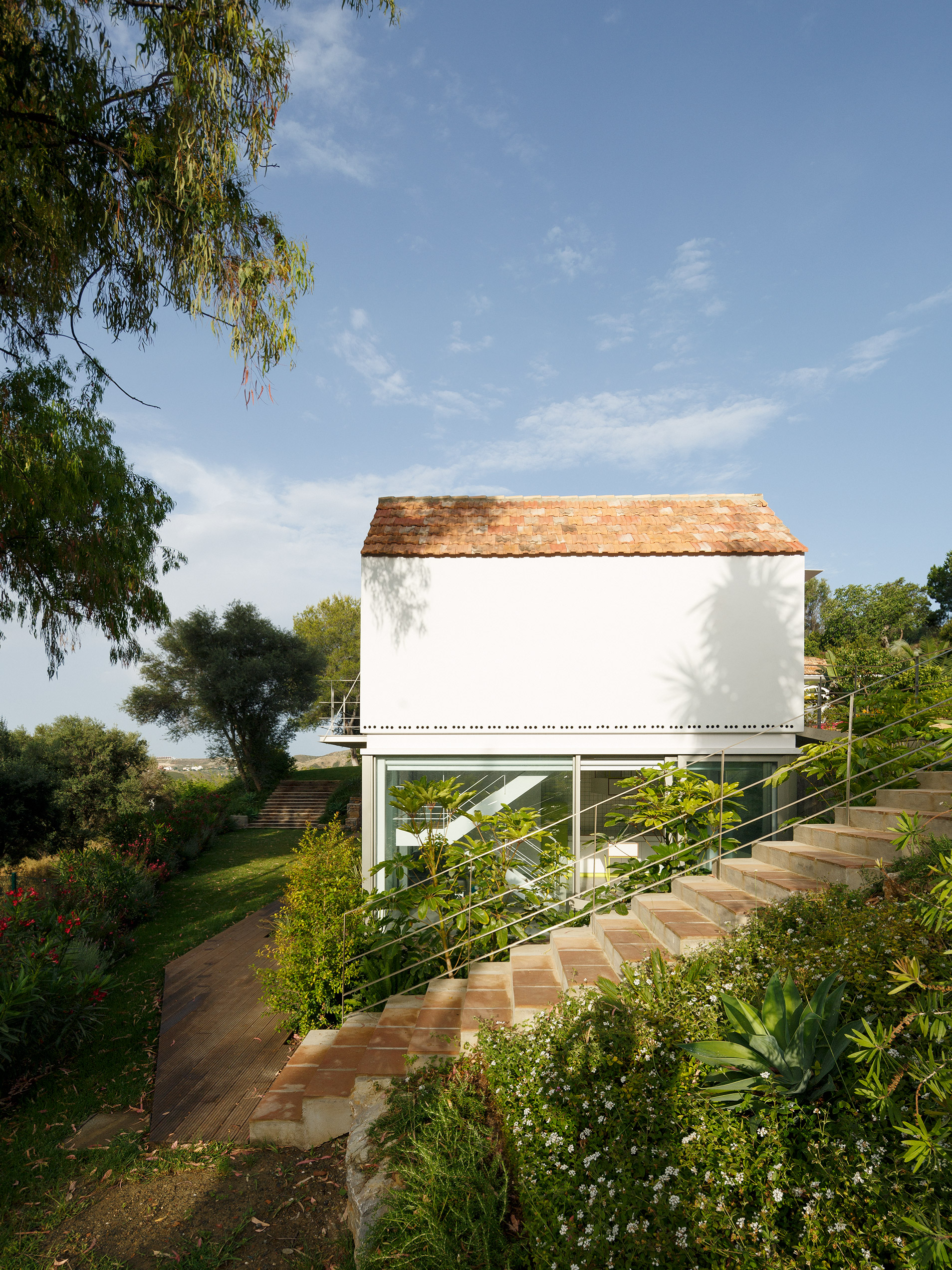 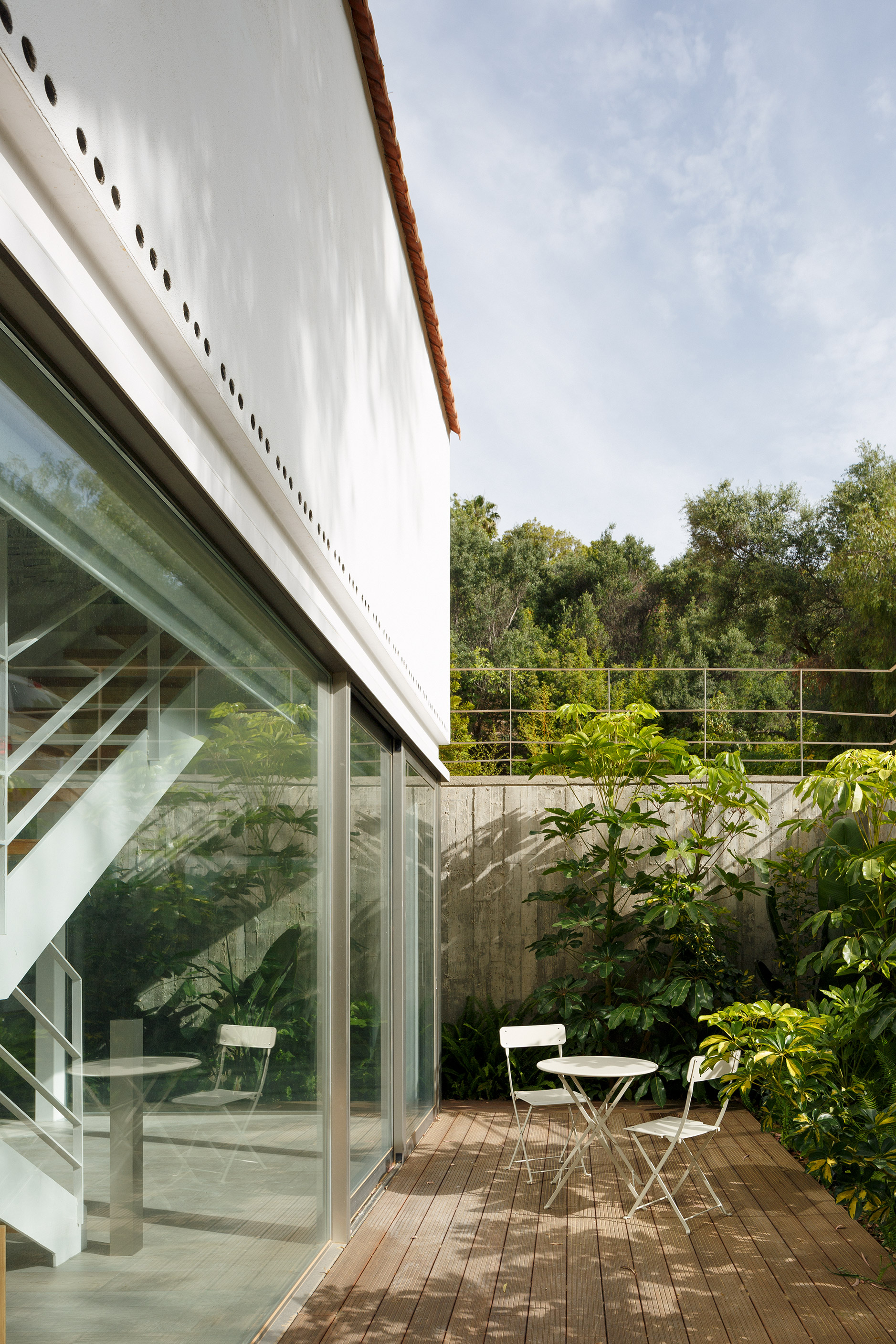 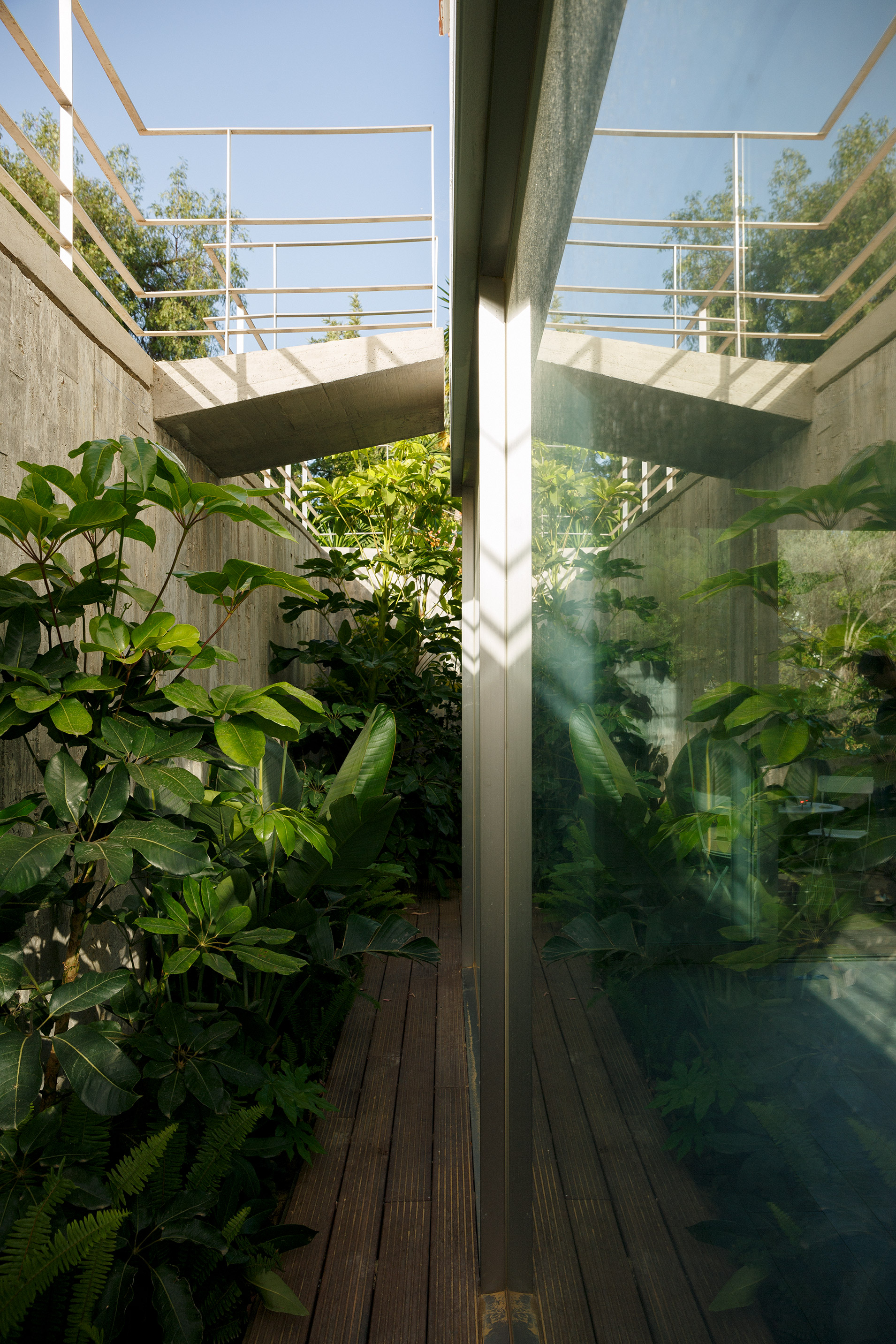 With the intention of creating a quality and functional basement, a tropical English patio that allows light to reach the basement is created.

The glass envelope throughout this lower floor provides light and favors the reading of the continuous space, connecting the English patio with the garden to the south of the house. 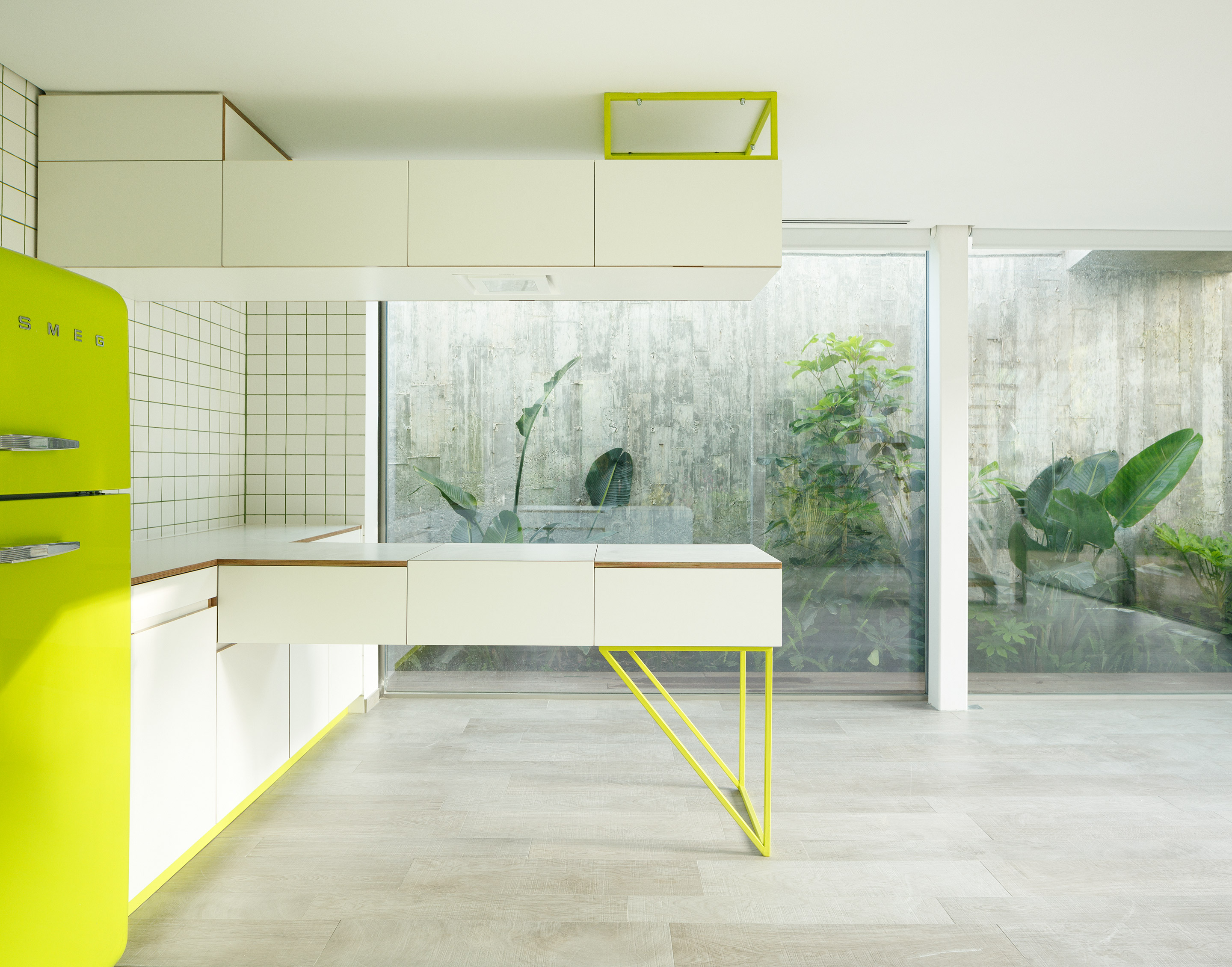 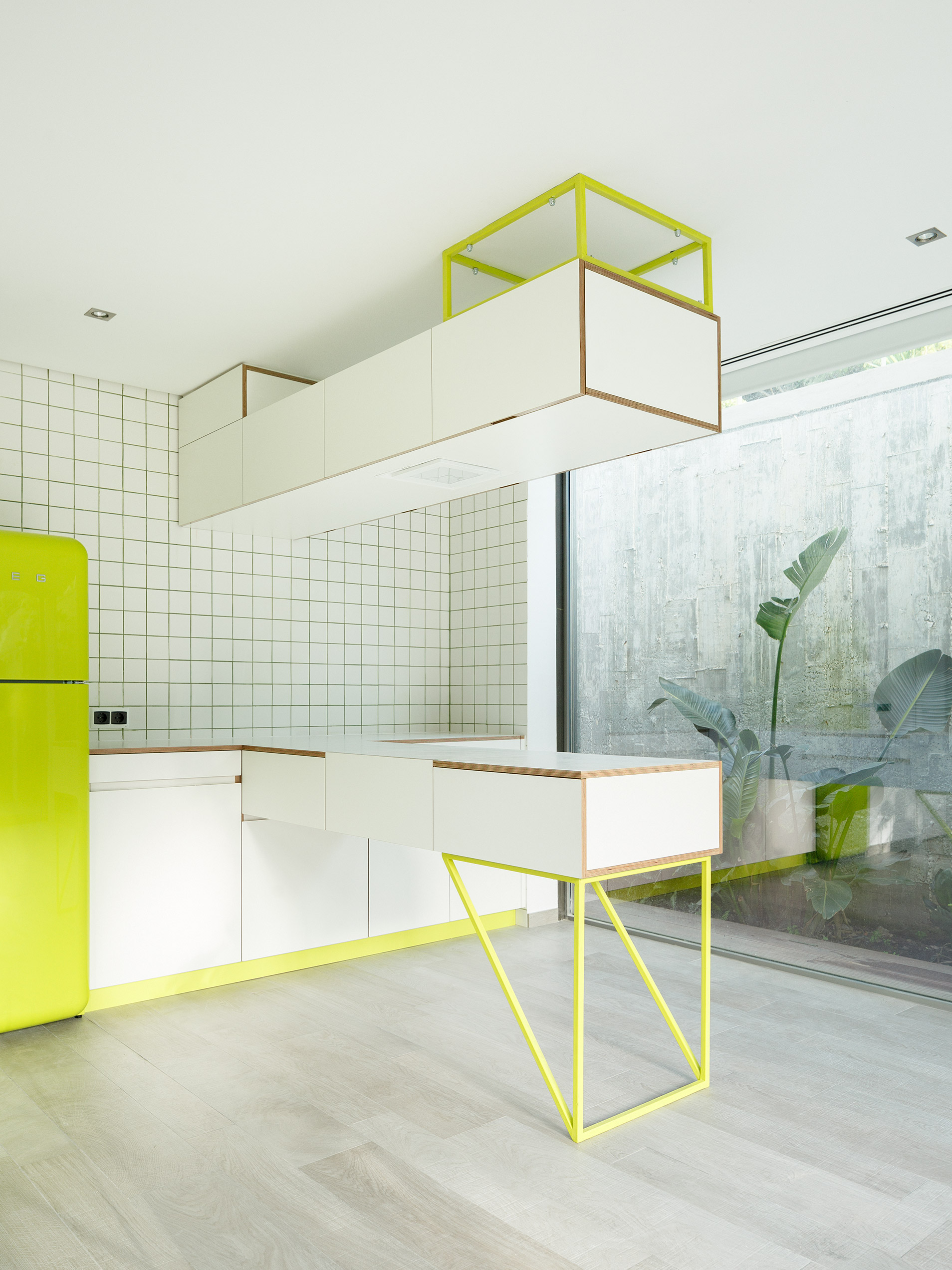 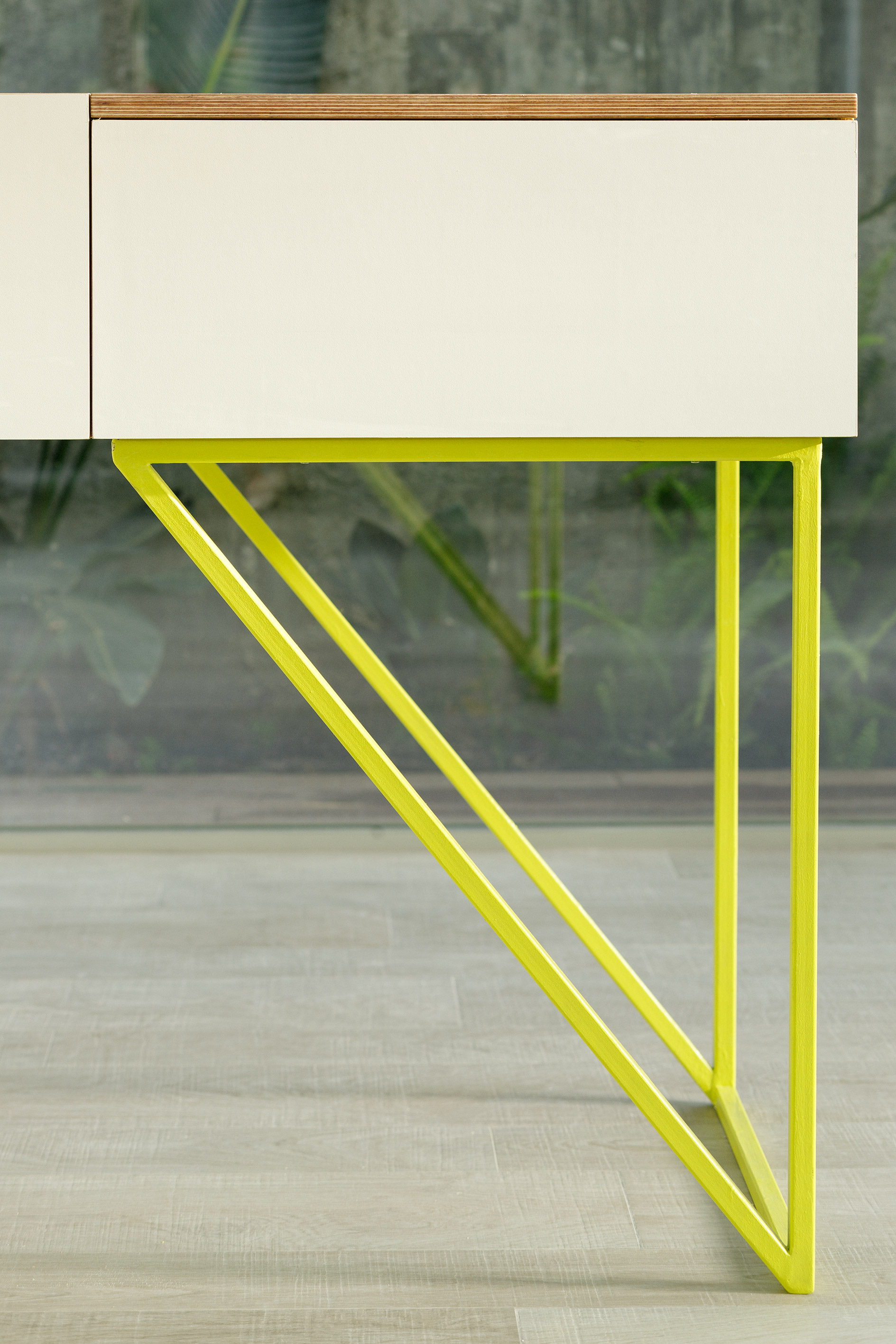 The south façade takes advantage of the views and the sunlight by opening large windows, resolved with a constructive hybrid system between the traditional and contemporary construction techniques. 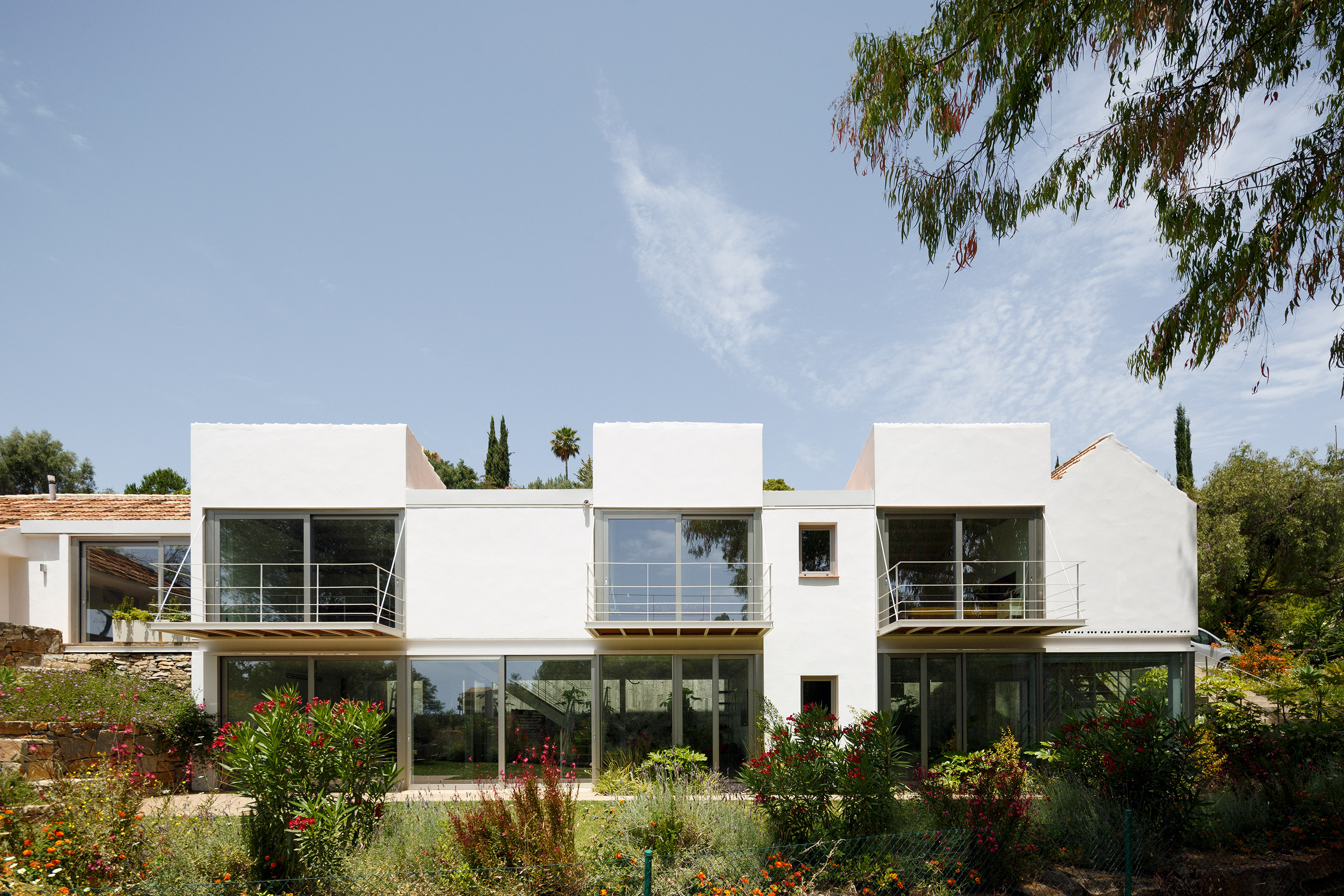 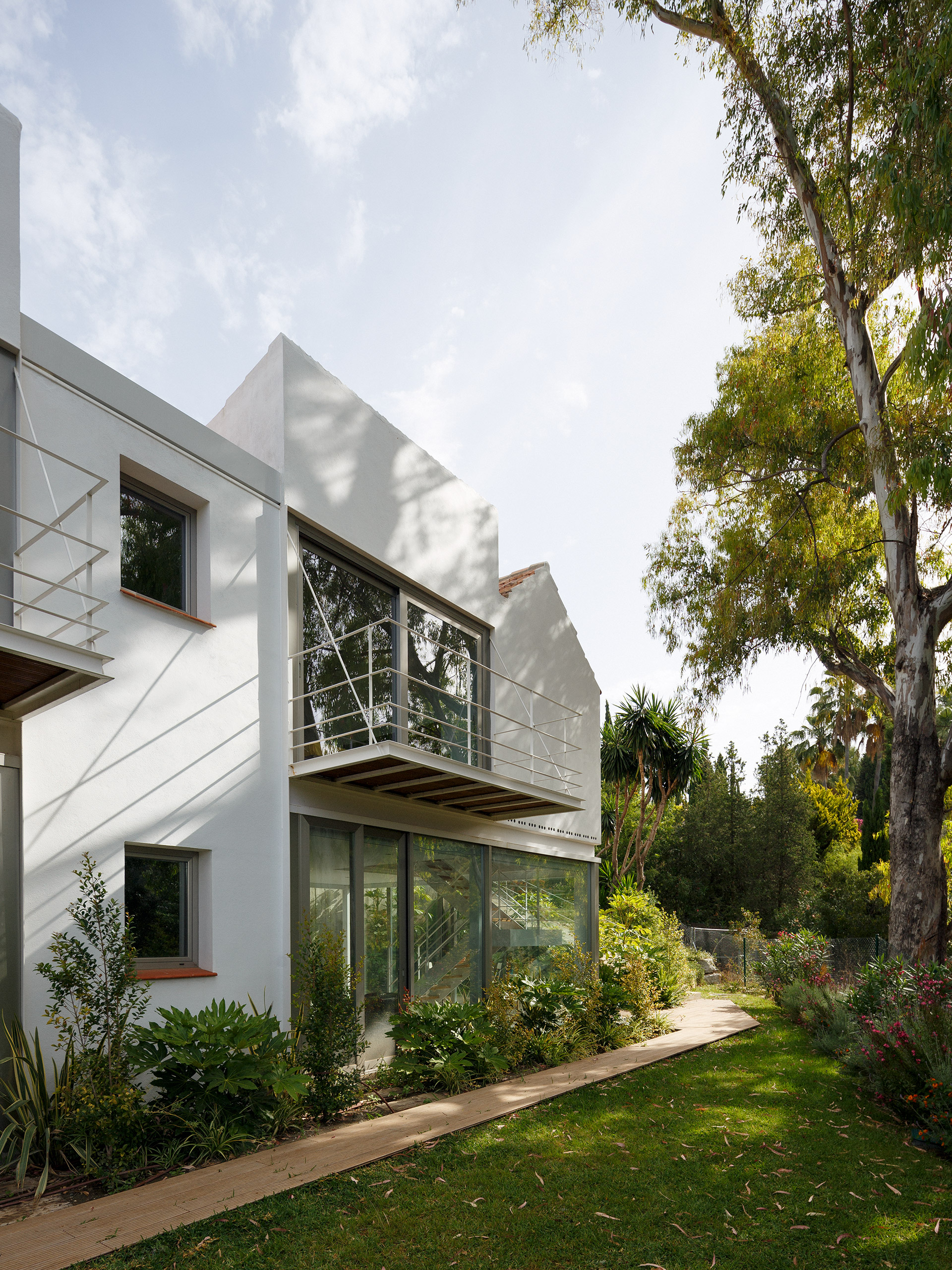 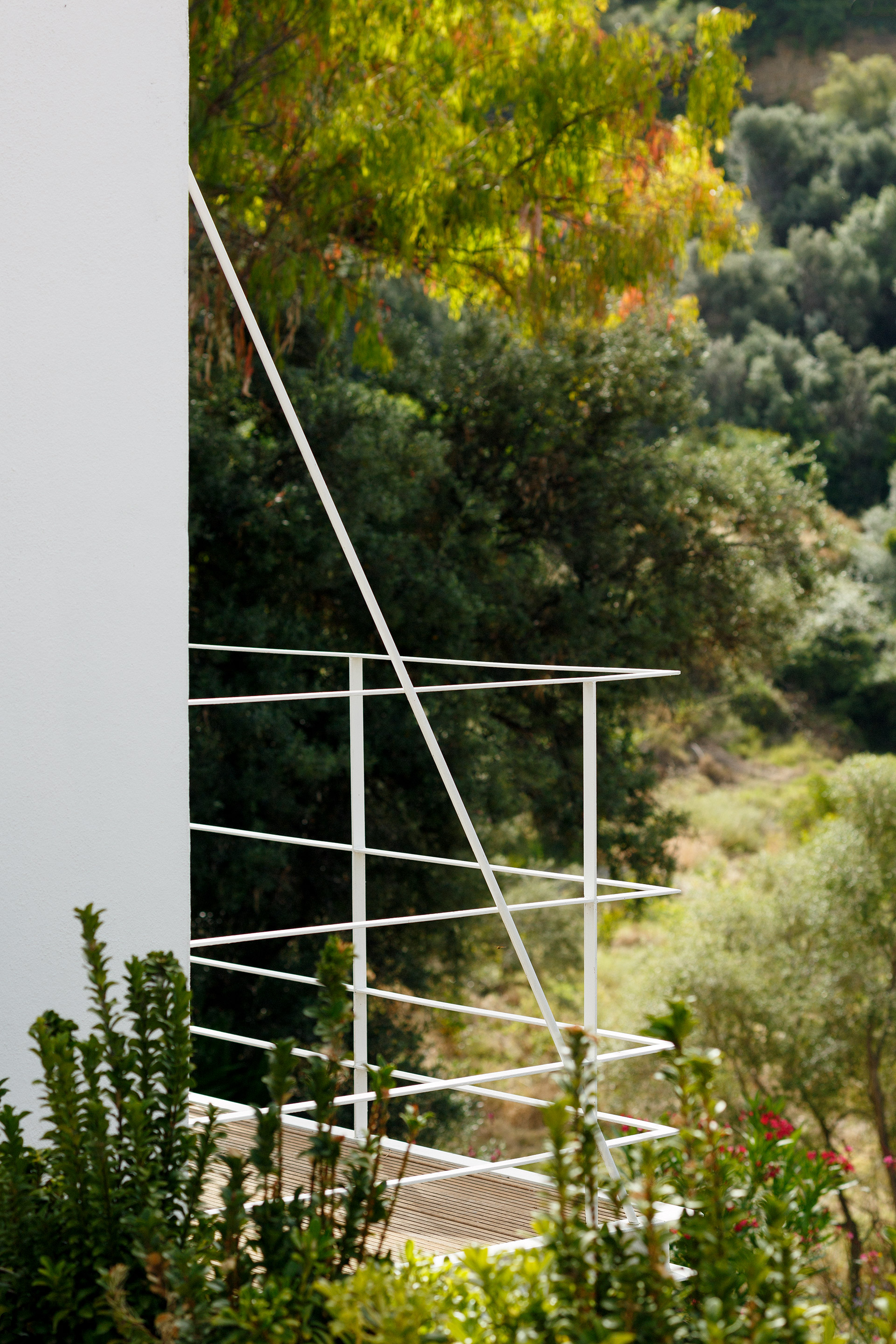 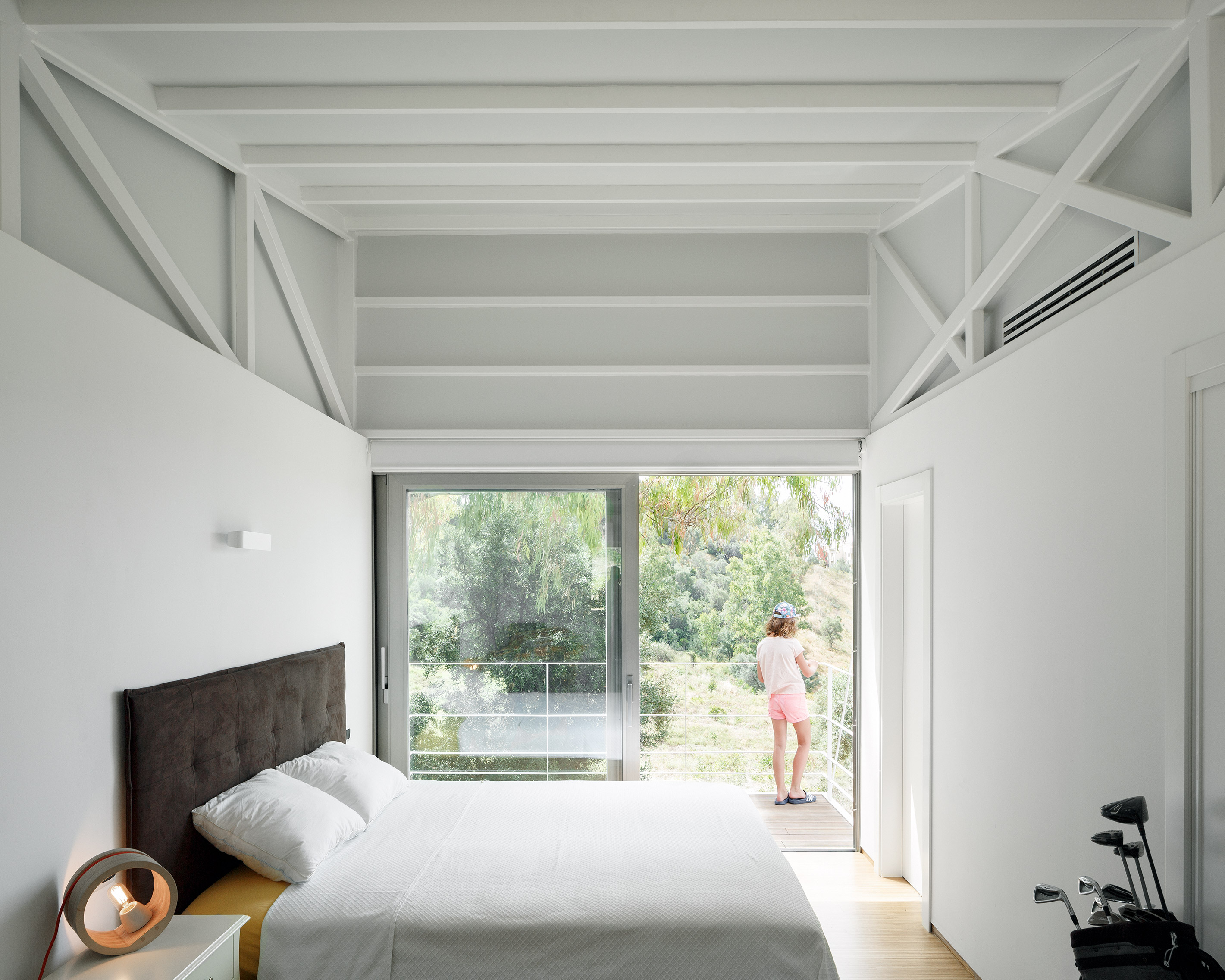 The roof of the building is done with a structure of metal trusses whose inclinations vary in each block. Part of the new roof is made with the old tile recovered and the rest is completed with a flat tile similar to the preexisting, giving continuity to the language of the original house. 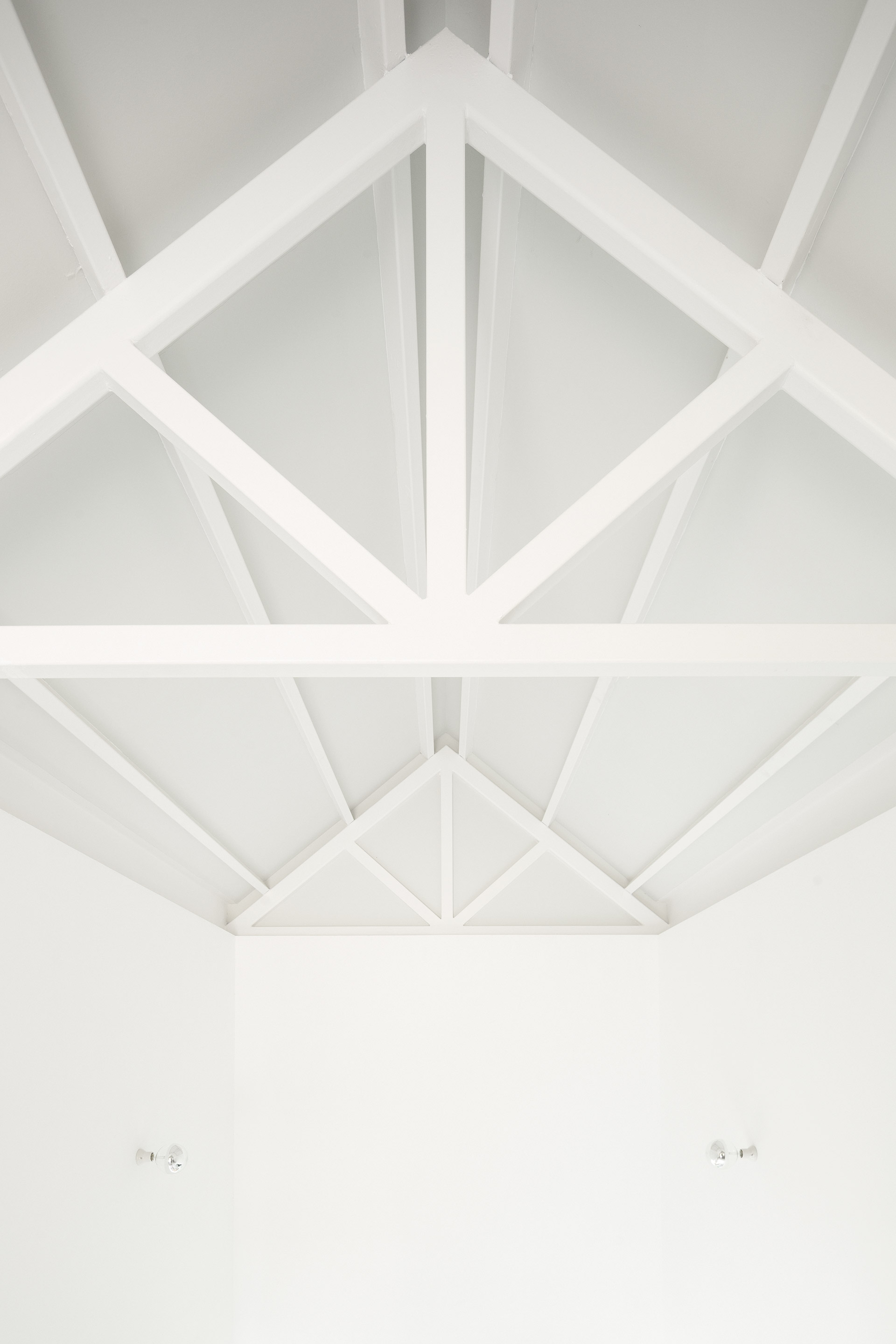 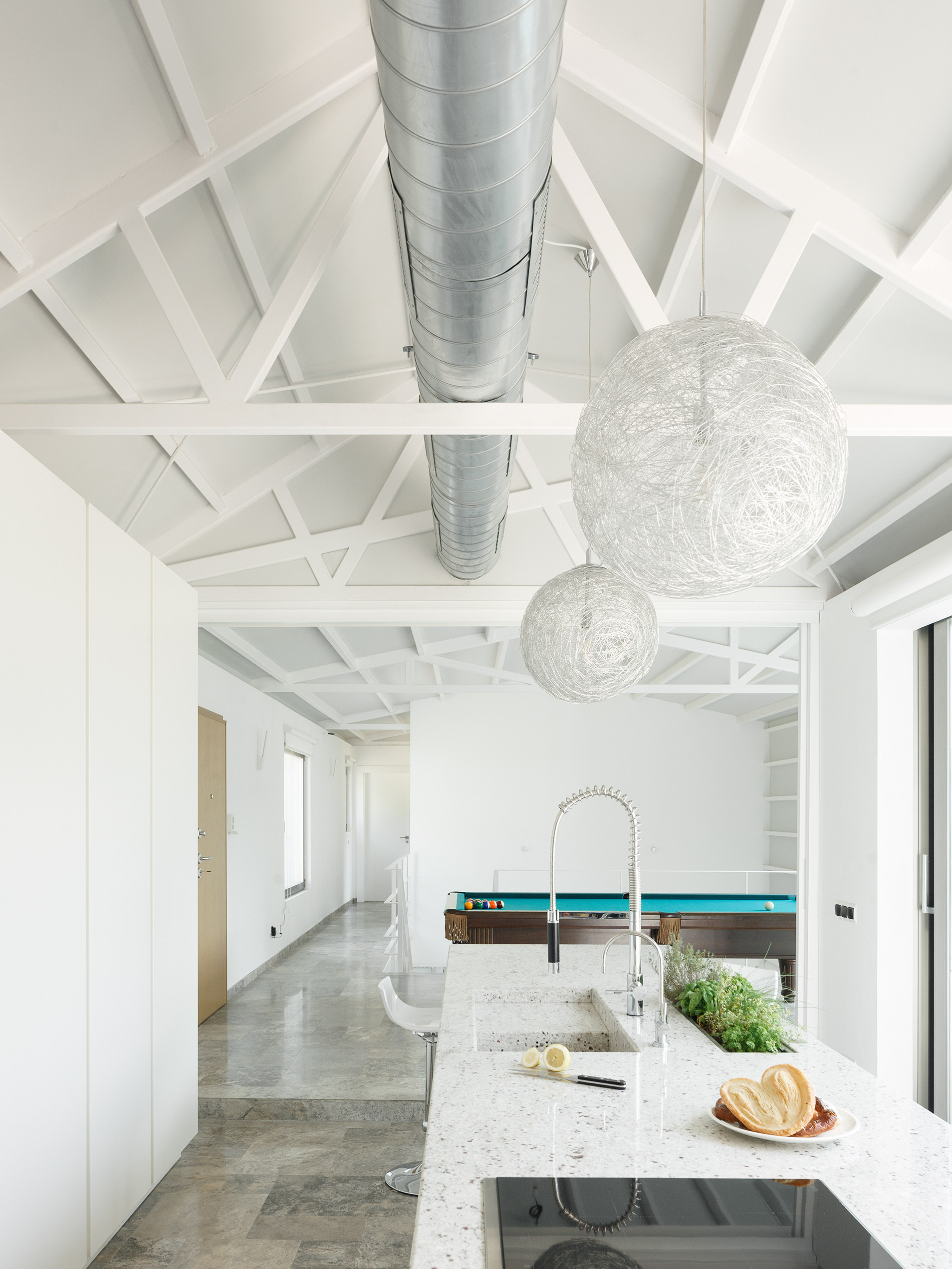 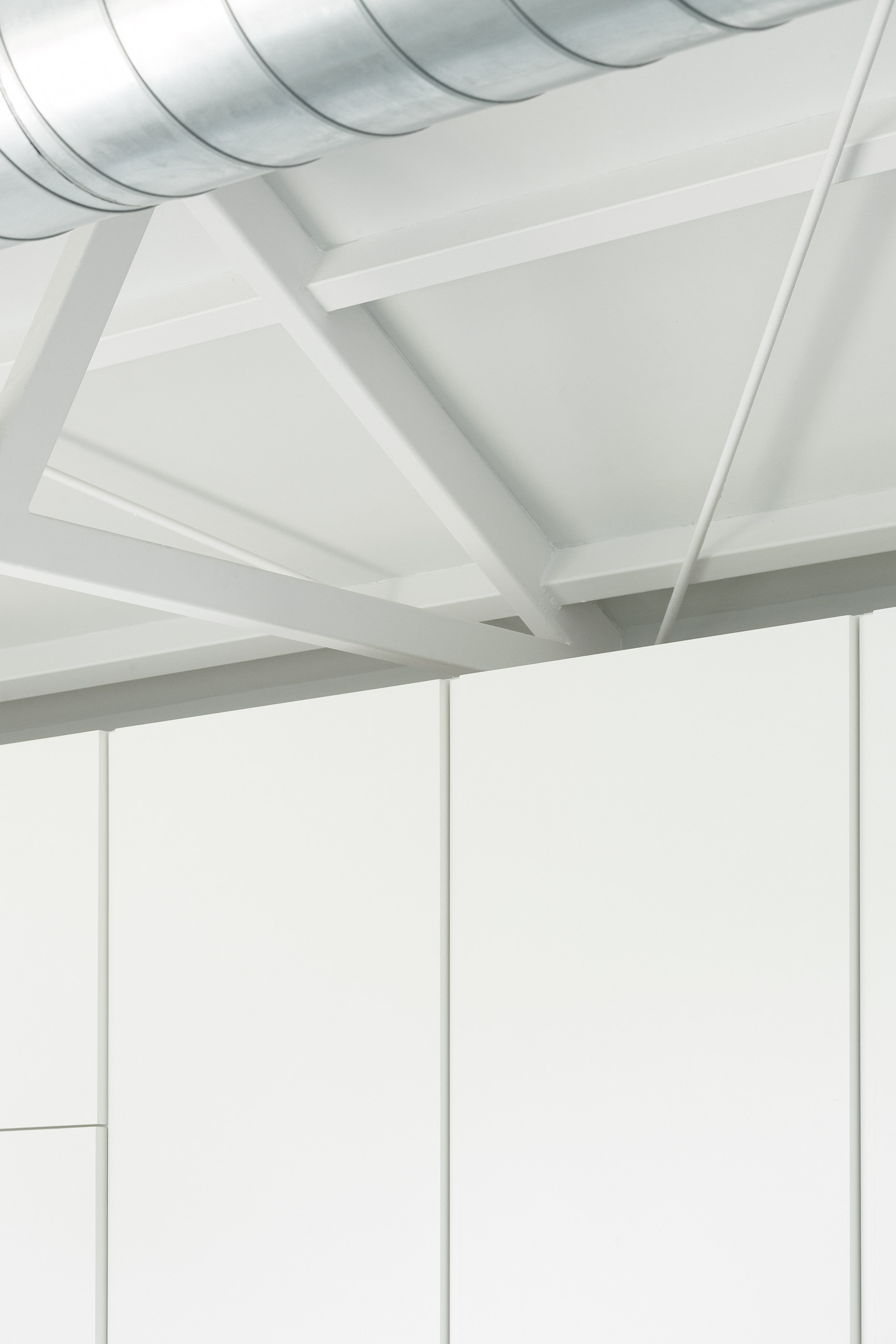 The resulting configuration of the house can host a family of 4 members with a guest area, an independent apartment, a playground and the possibility of dividing the house into two separate units. 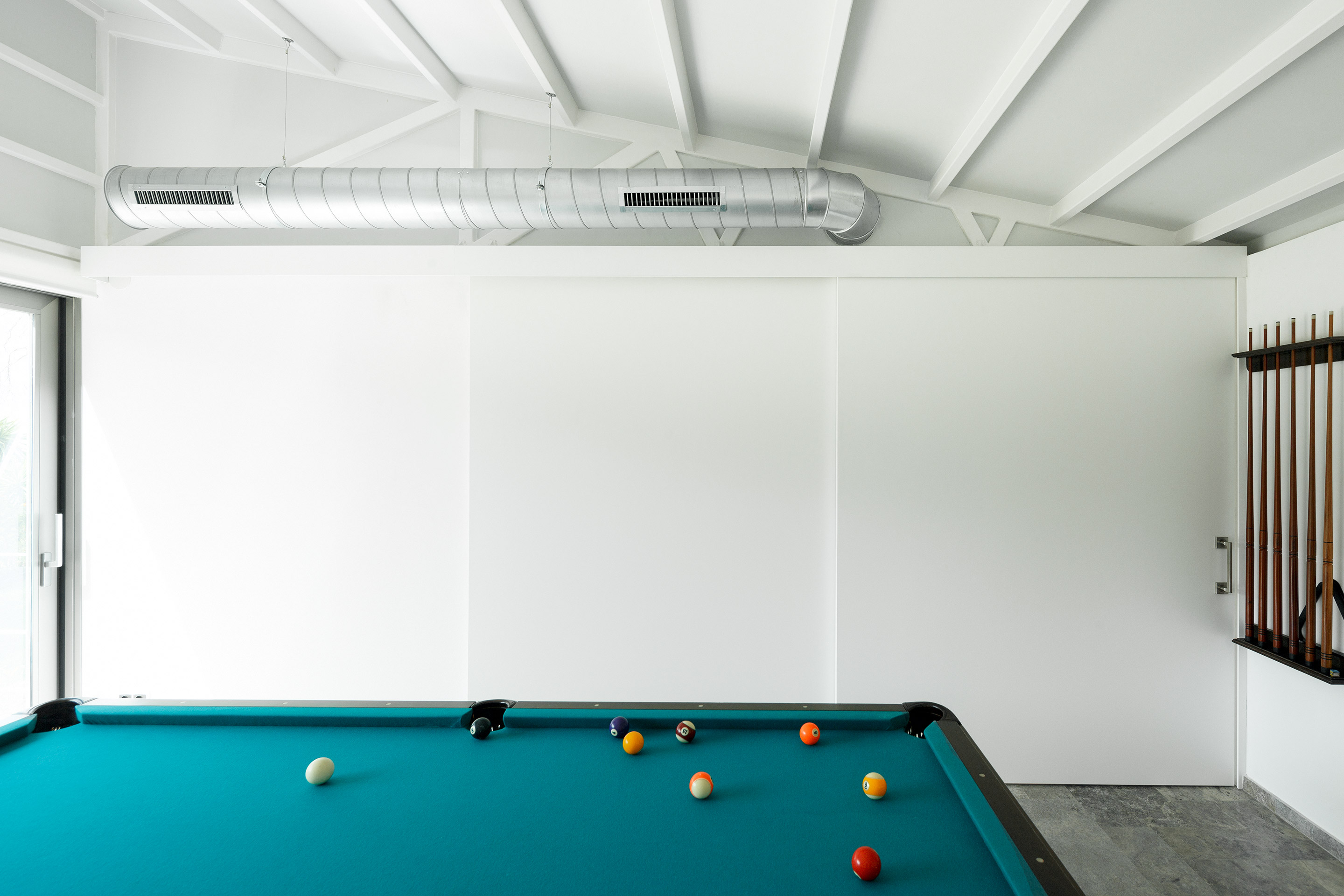 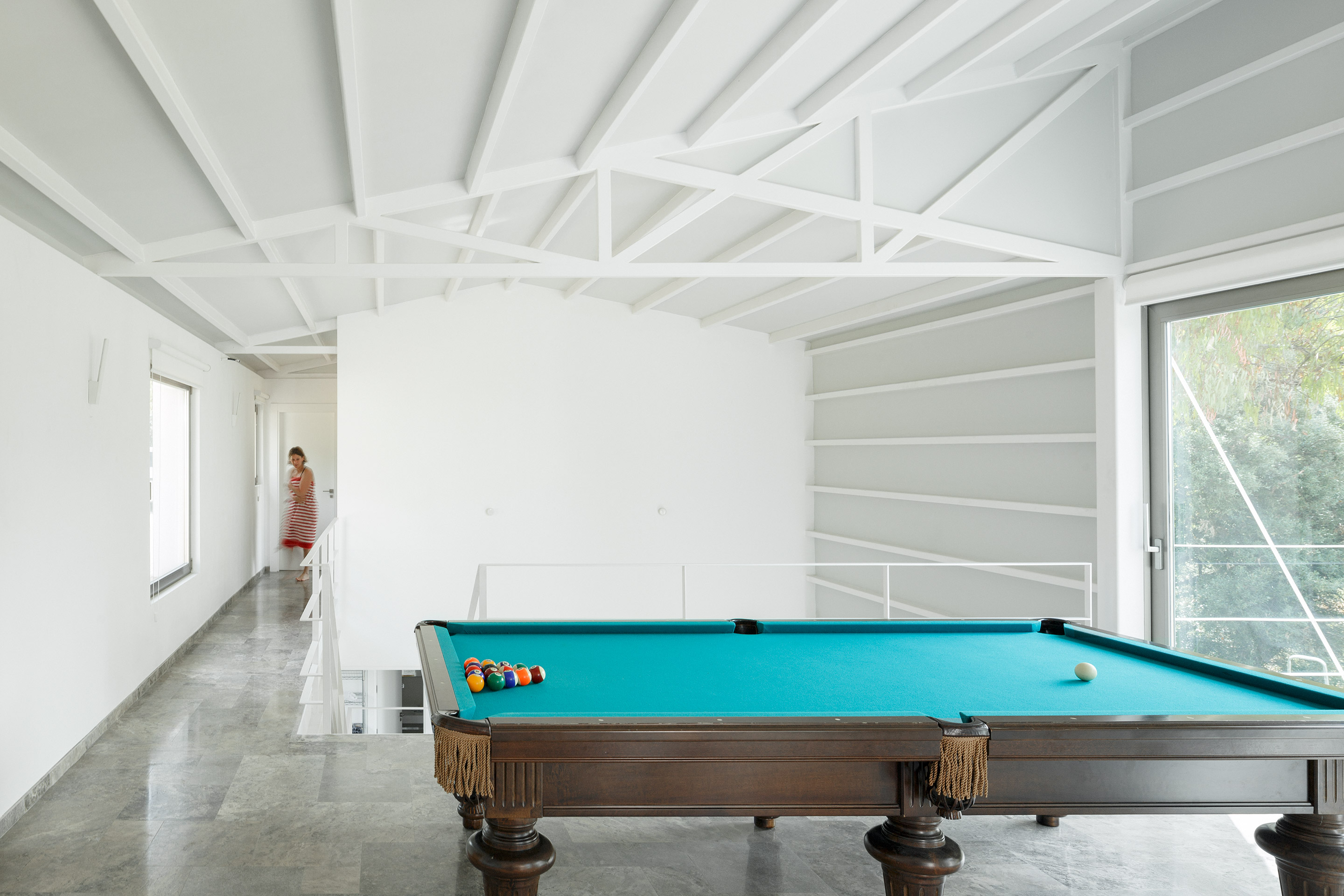 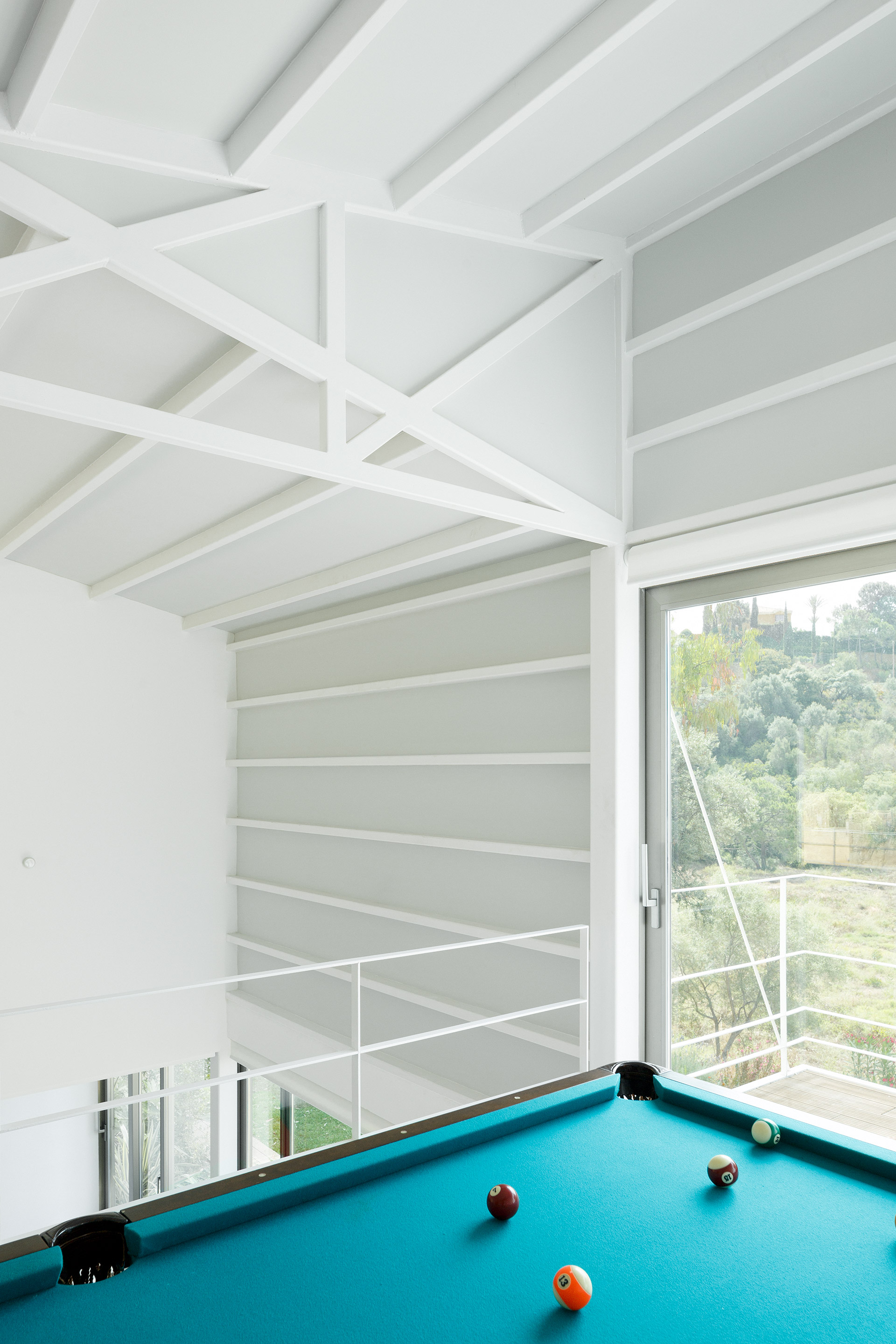 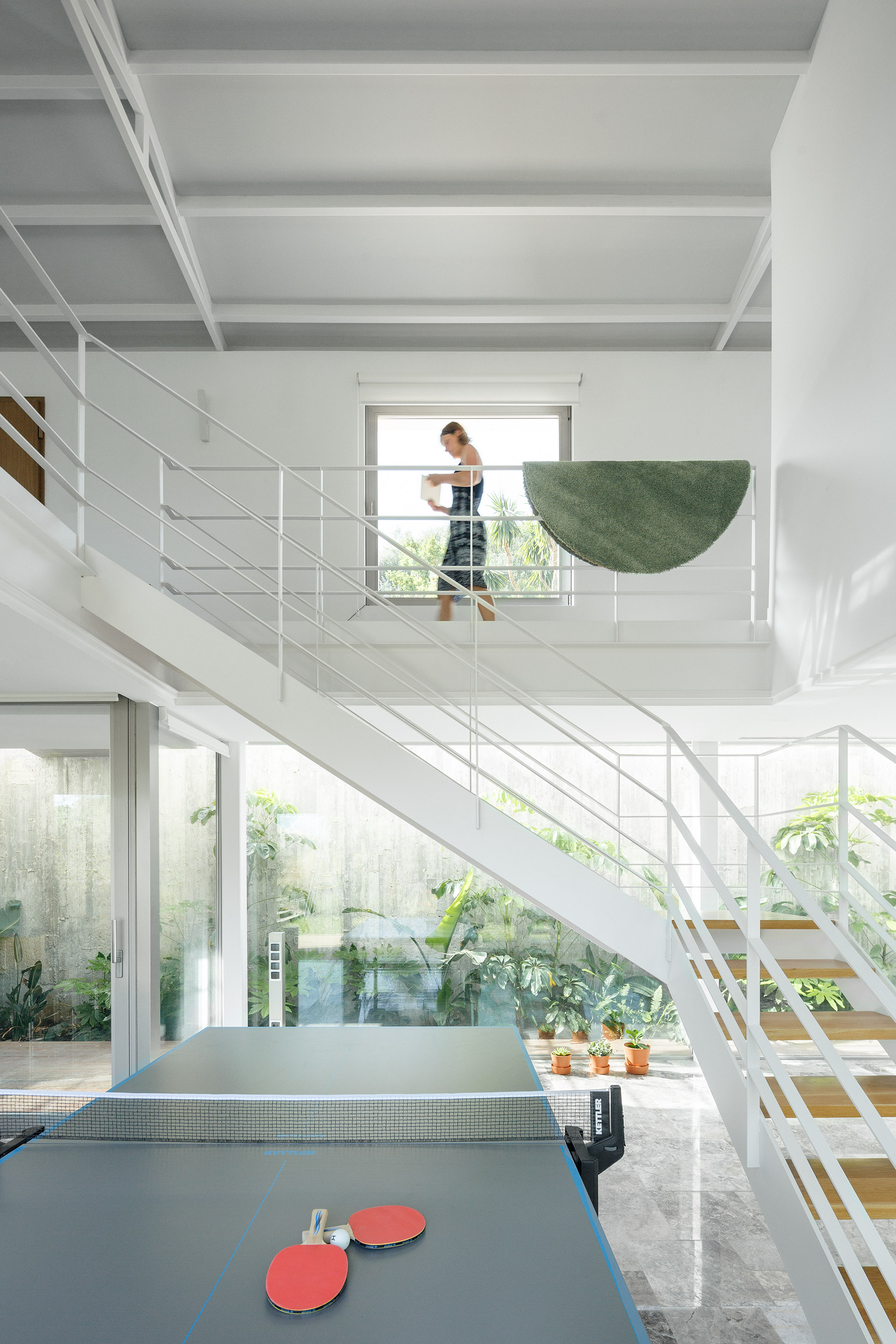