New school in Orsonnens (Switzerland). A project by TEd’A arquitectes. 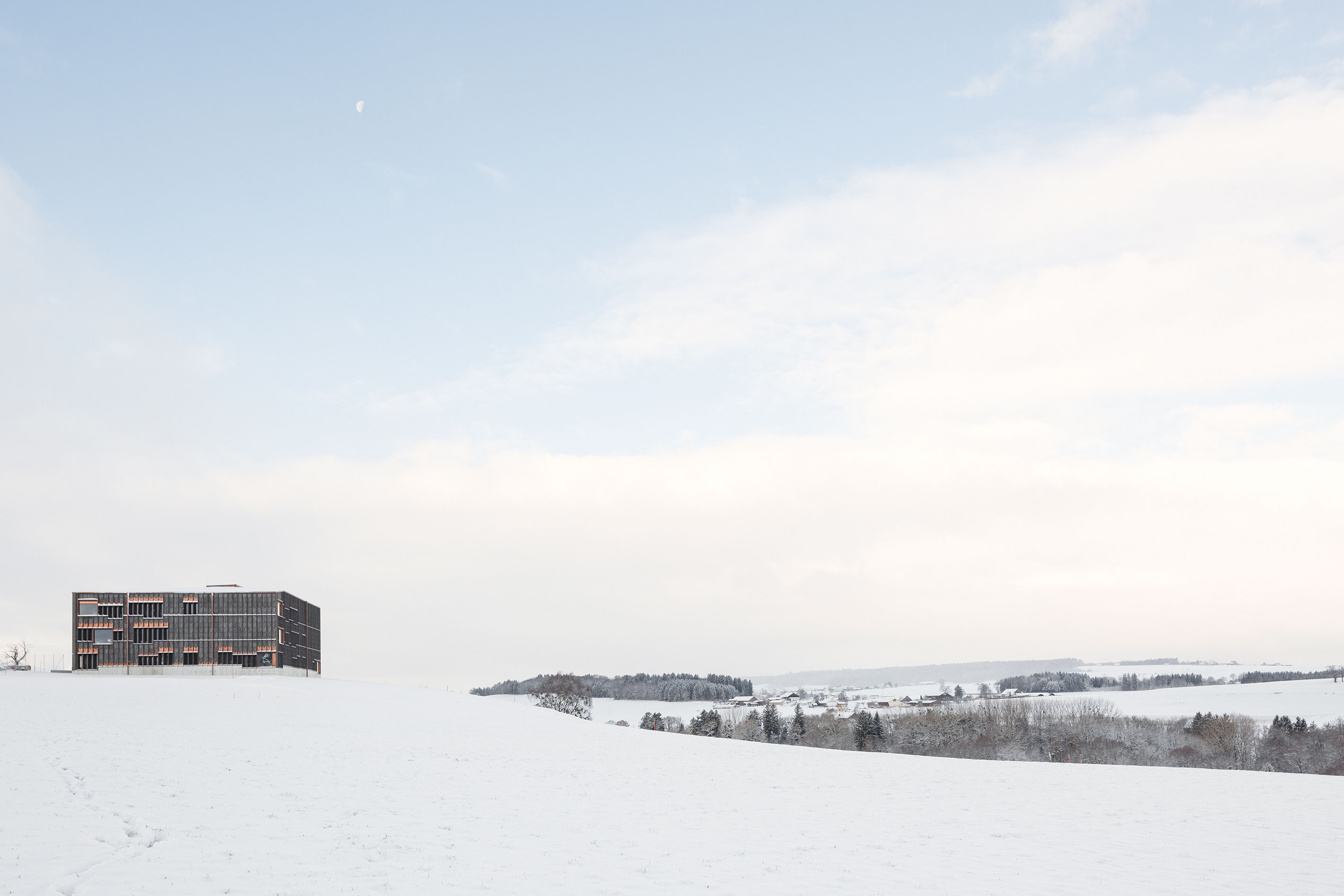 The proposal reads the environment and reinterprets it. The new school is born on the basis of the traditional farm models of this zone. These farms are characterized by a clear structural order that starts in the inside, a honest construction and a neutral volume. 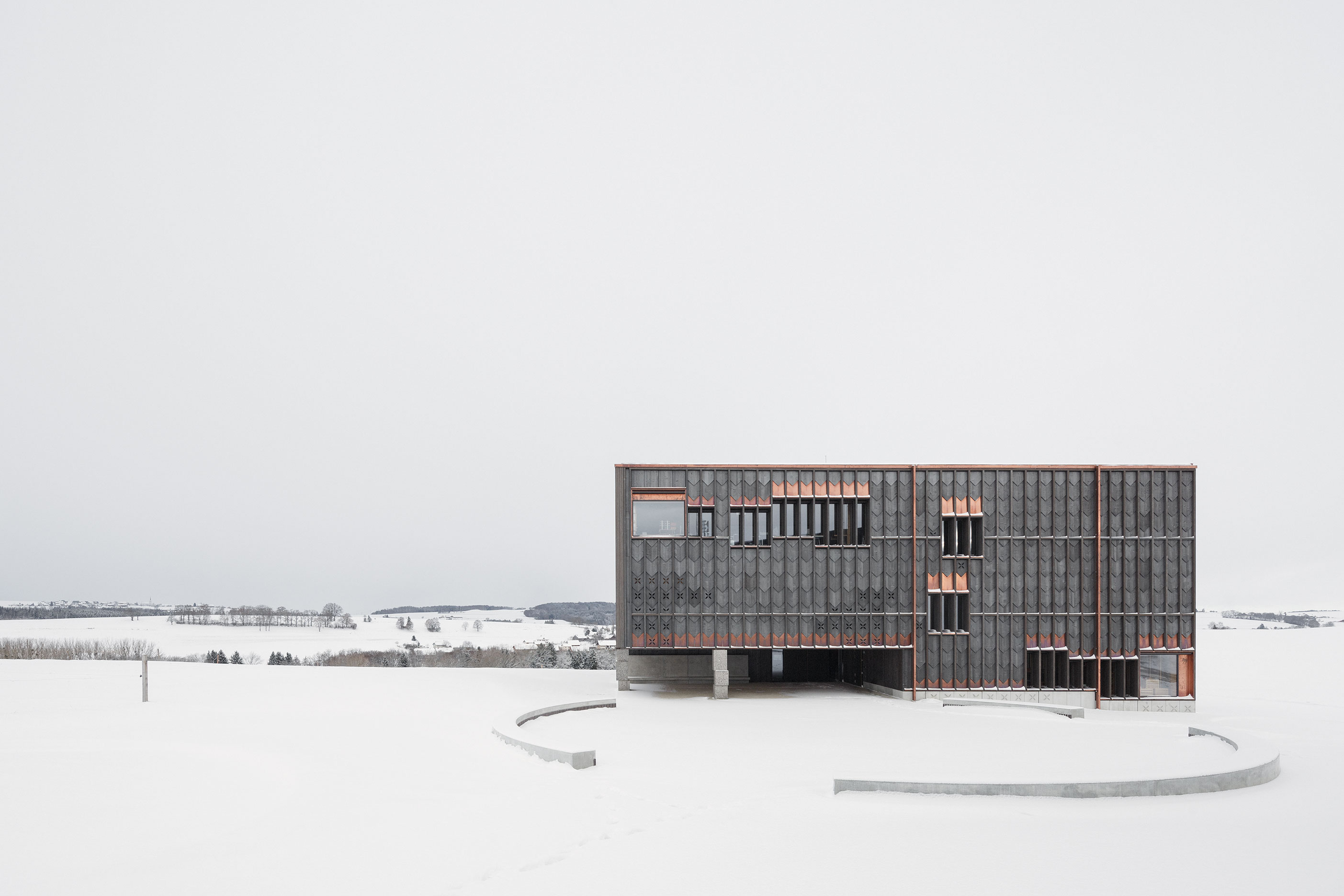 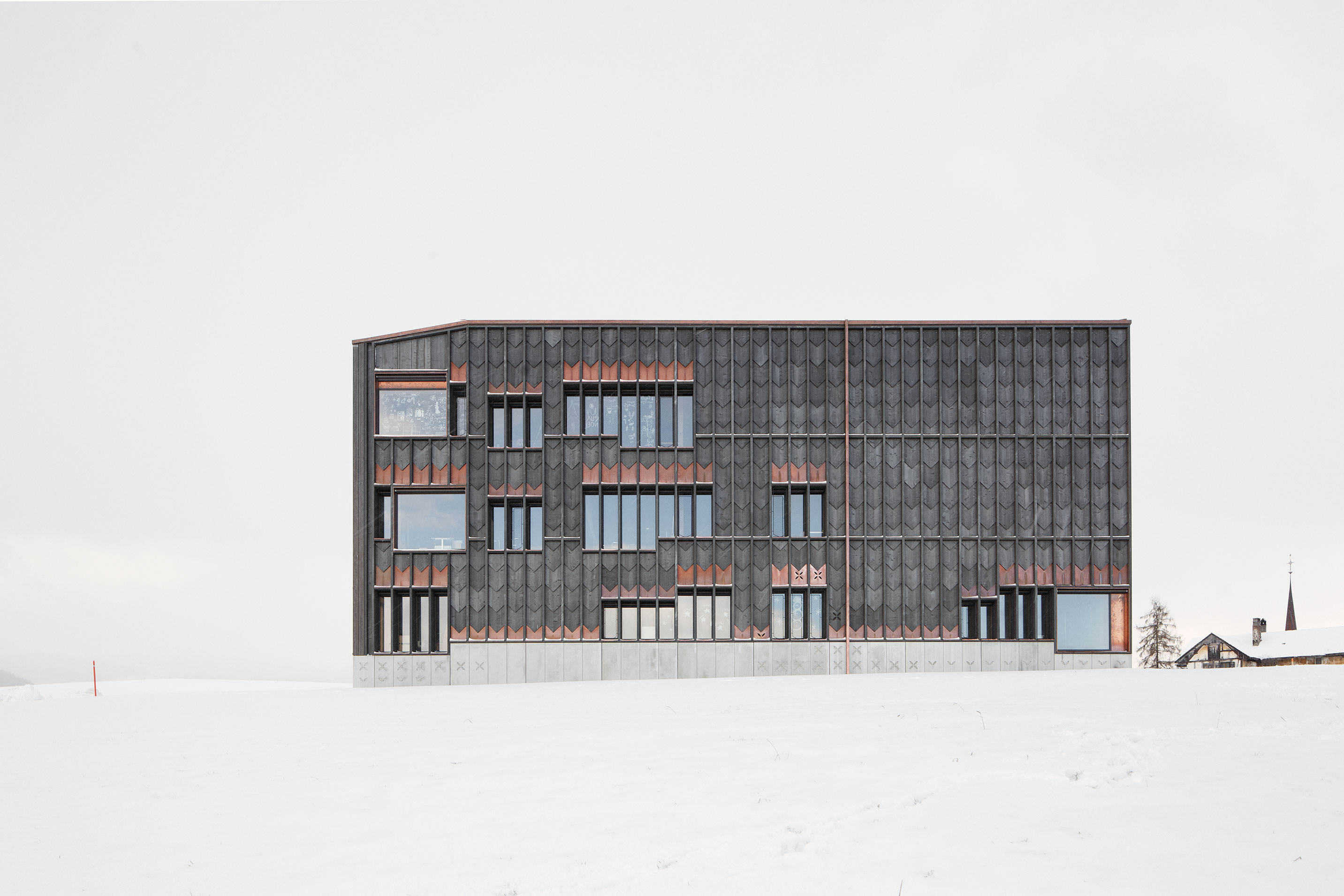 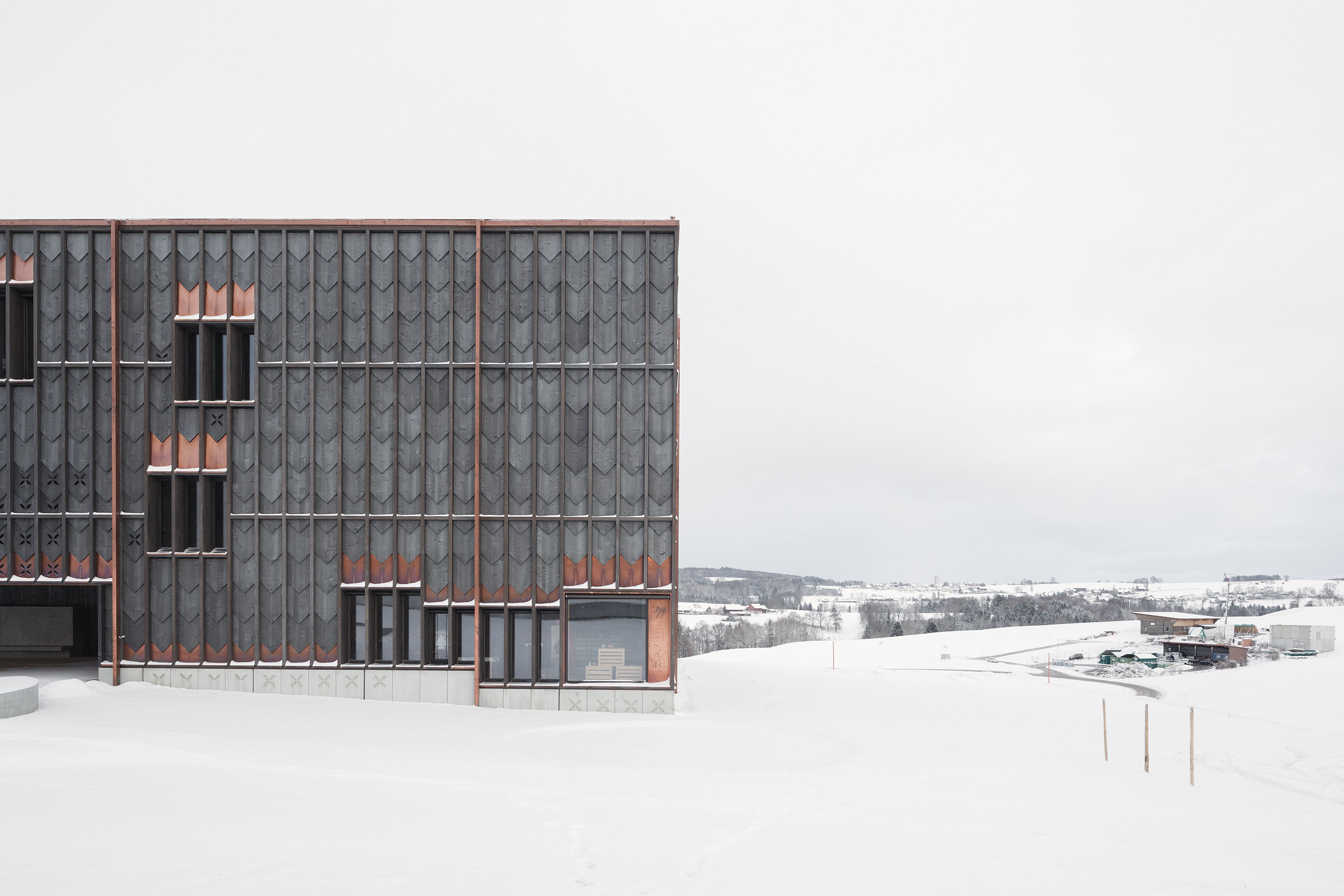 The constructive honesty of the traditional models is also present in the new school building. Each of the constructive elements is expressed formally and independently from the rest. 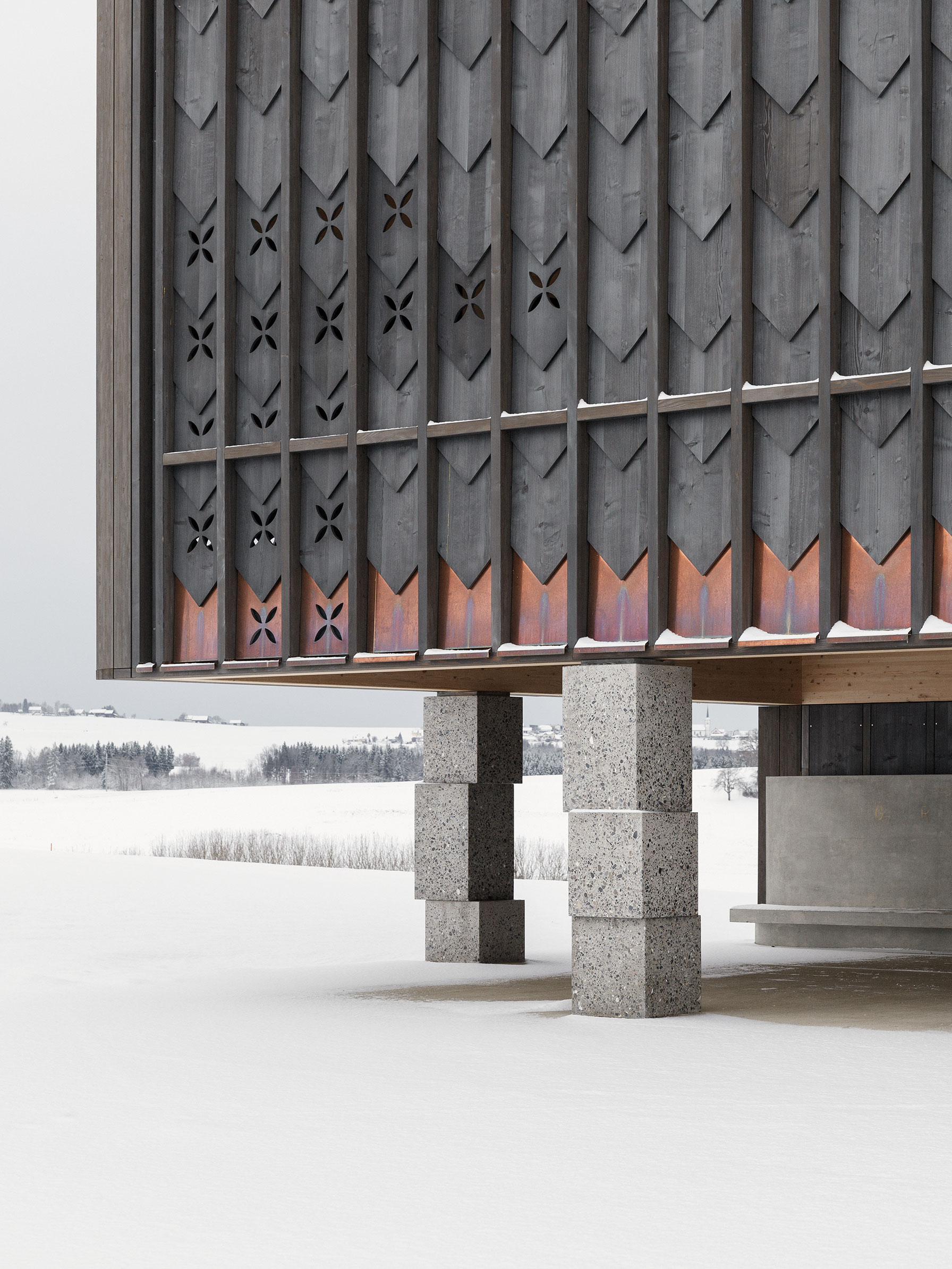 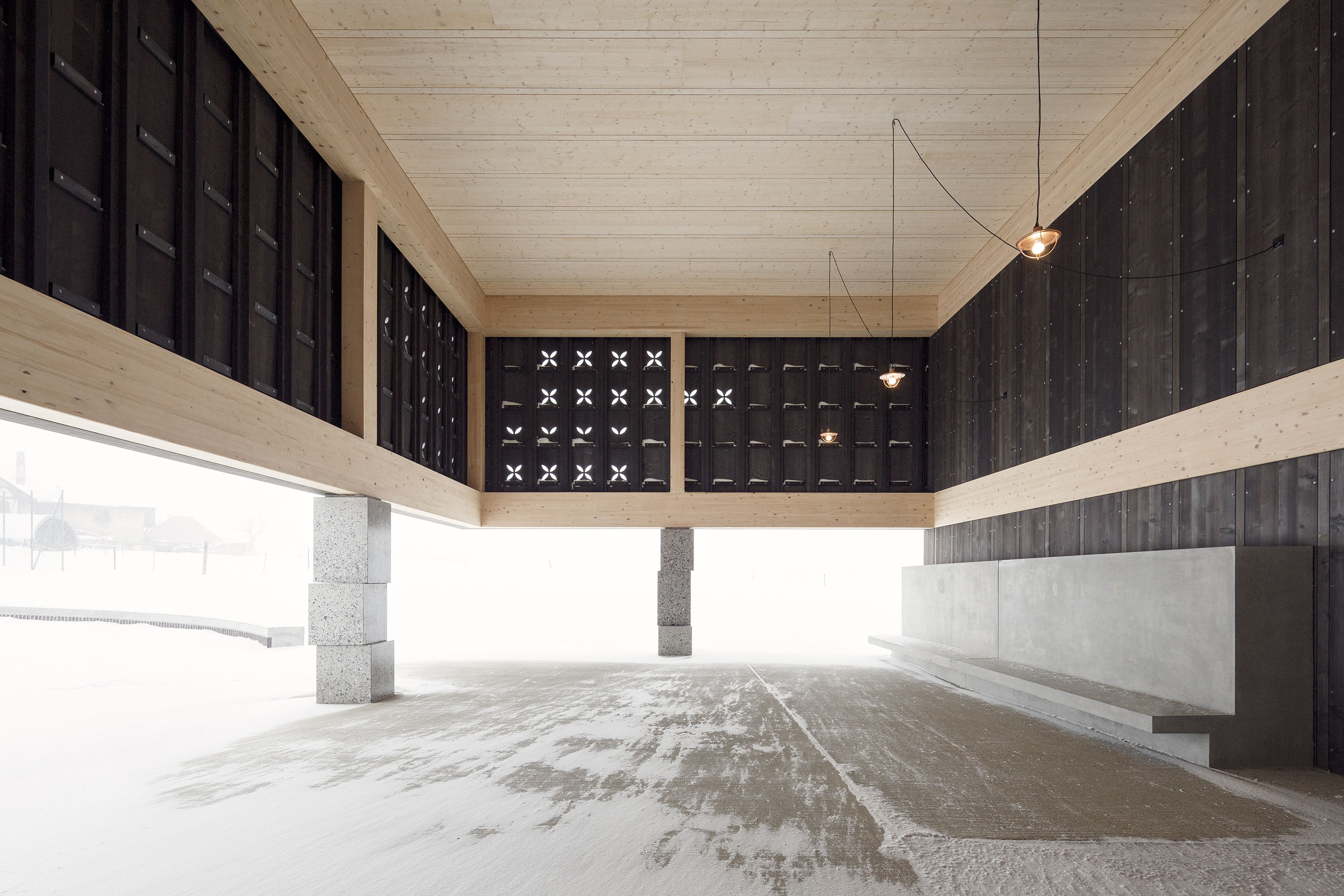 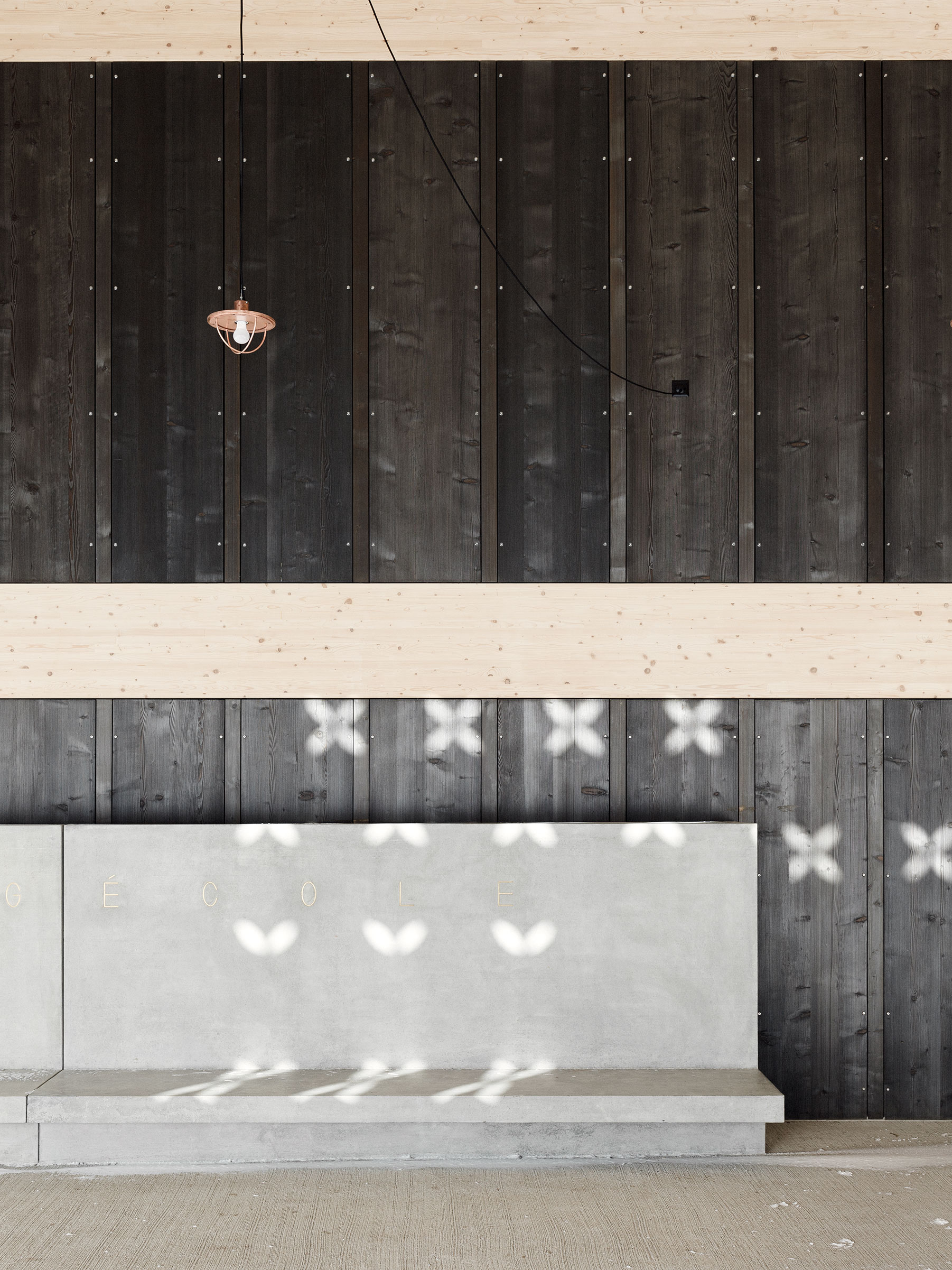 Inside, the building is complex. The interior space is vertical and multiplies visual relationships. A central pillar rises sculpturally to the roof. It’s drilled to let the light in. 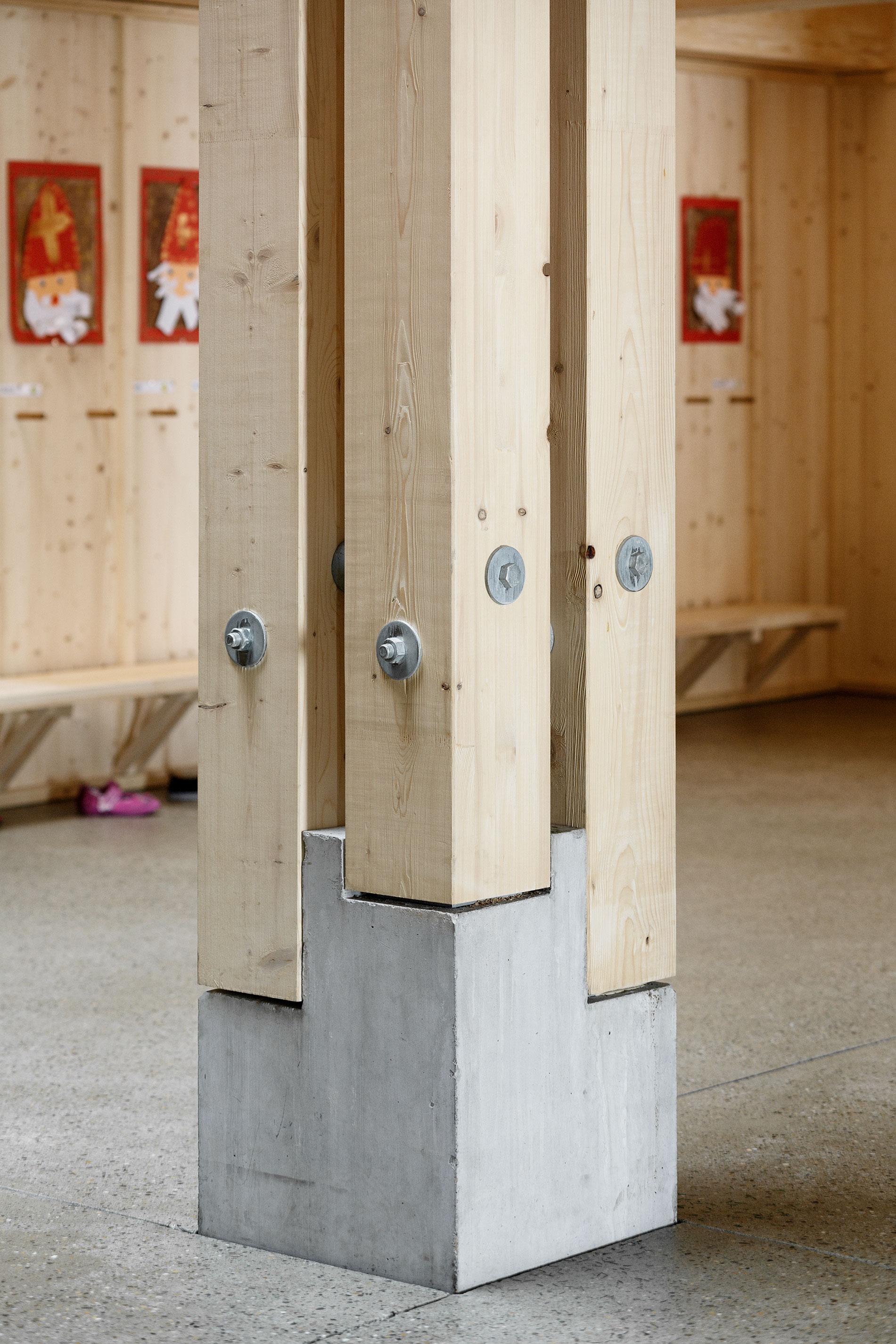 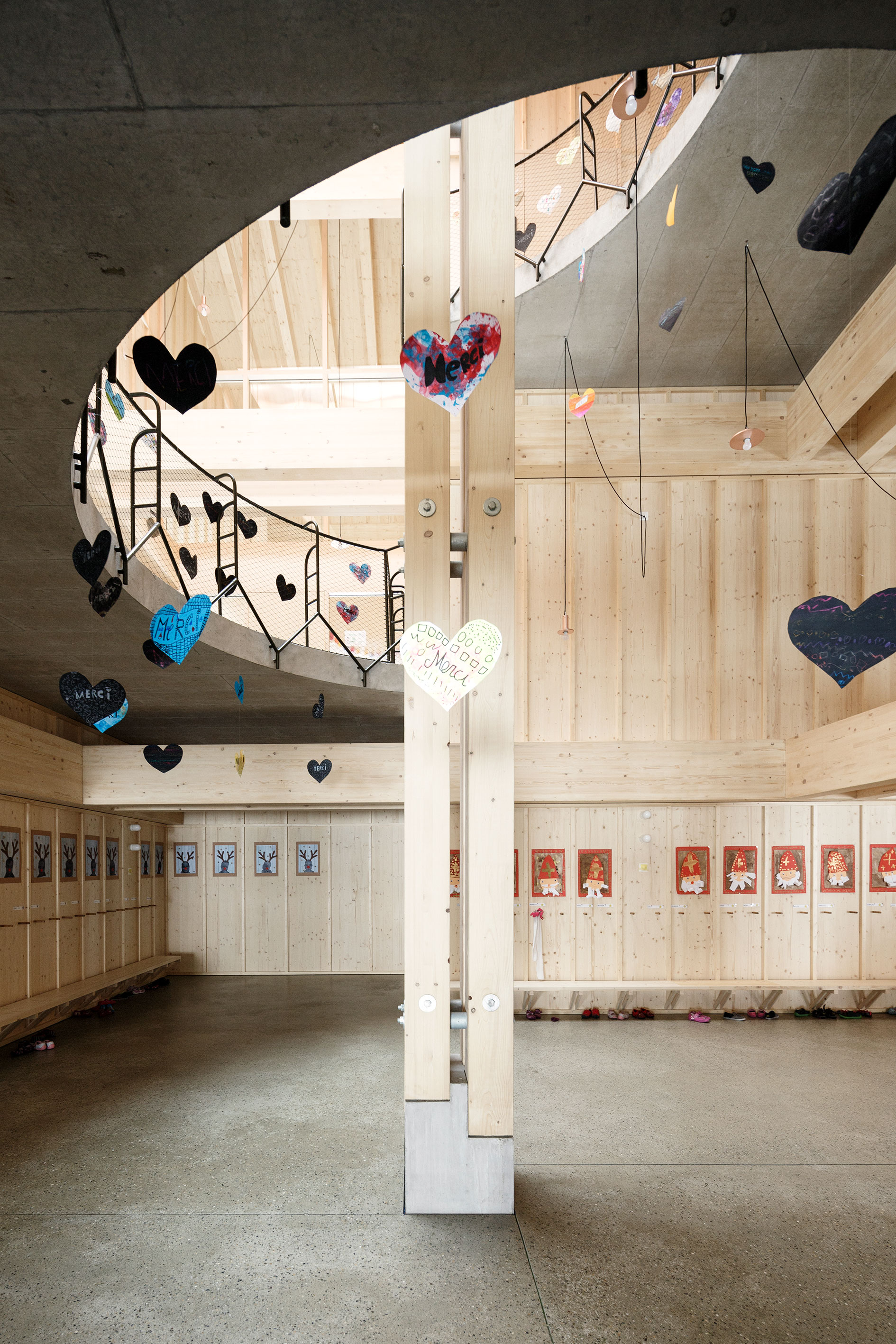 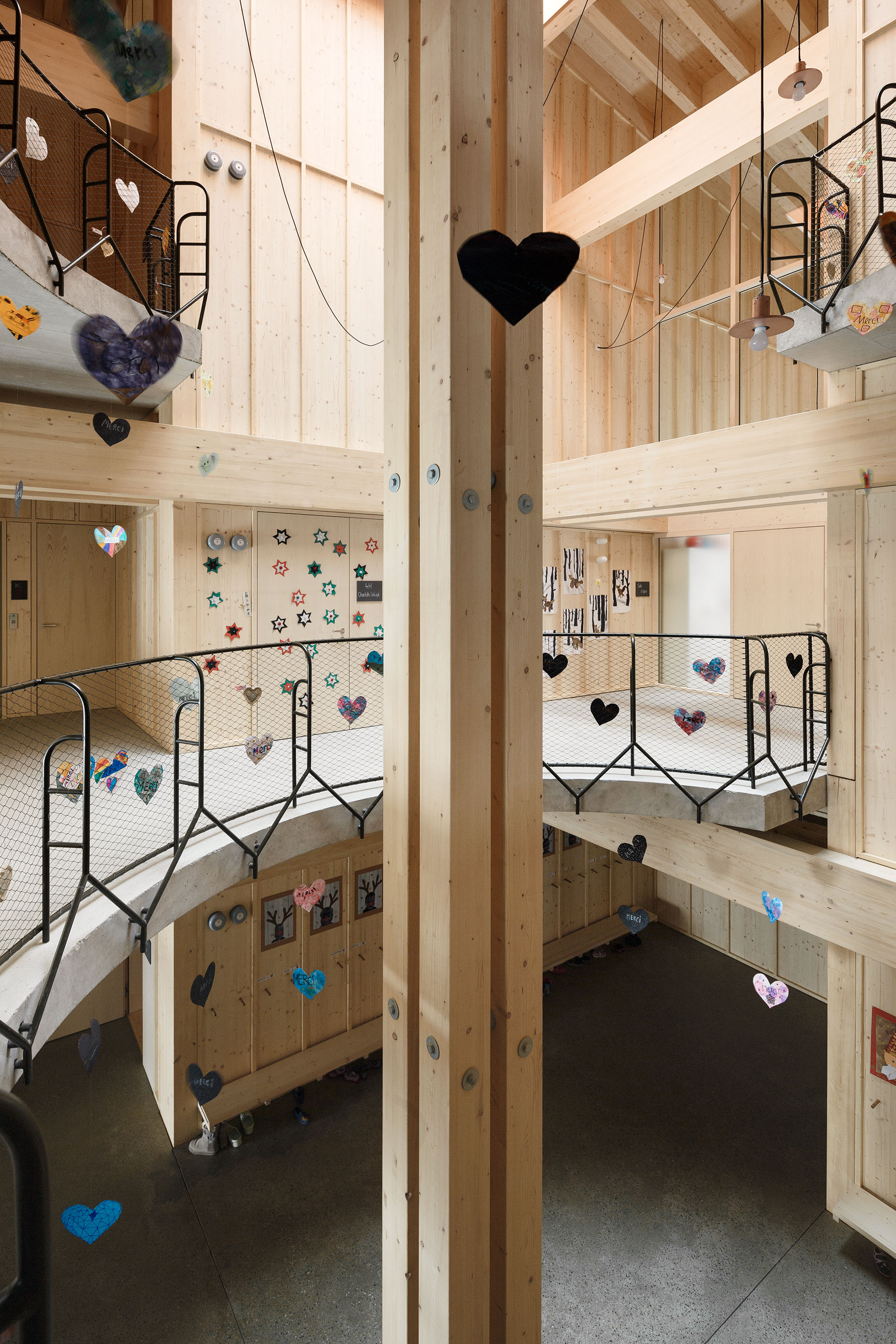 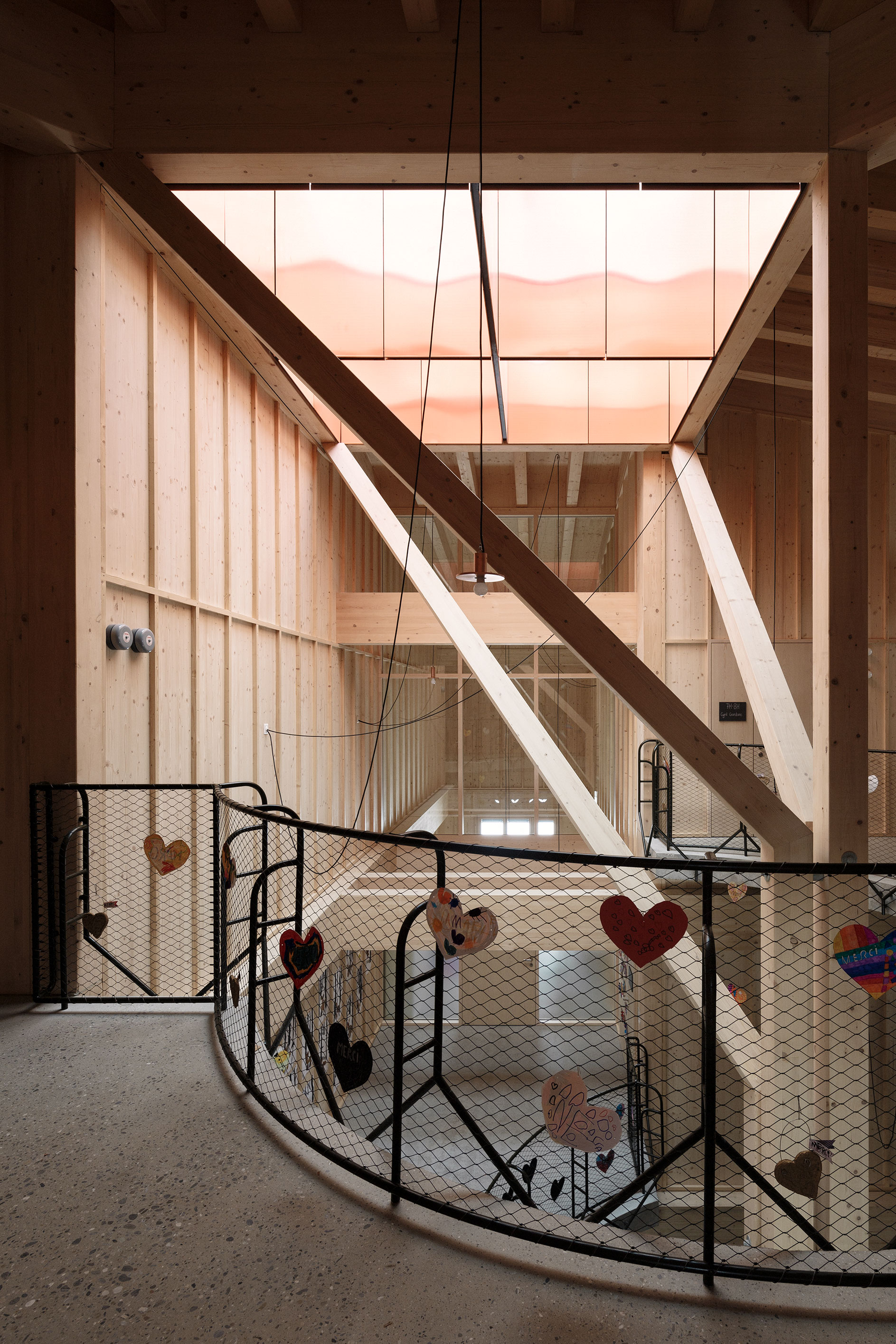 The structure is the main character and it’s the one that shapes the interior of the building. 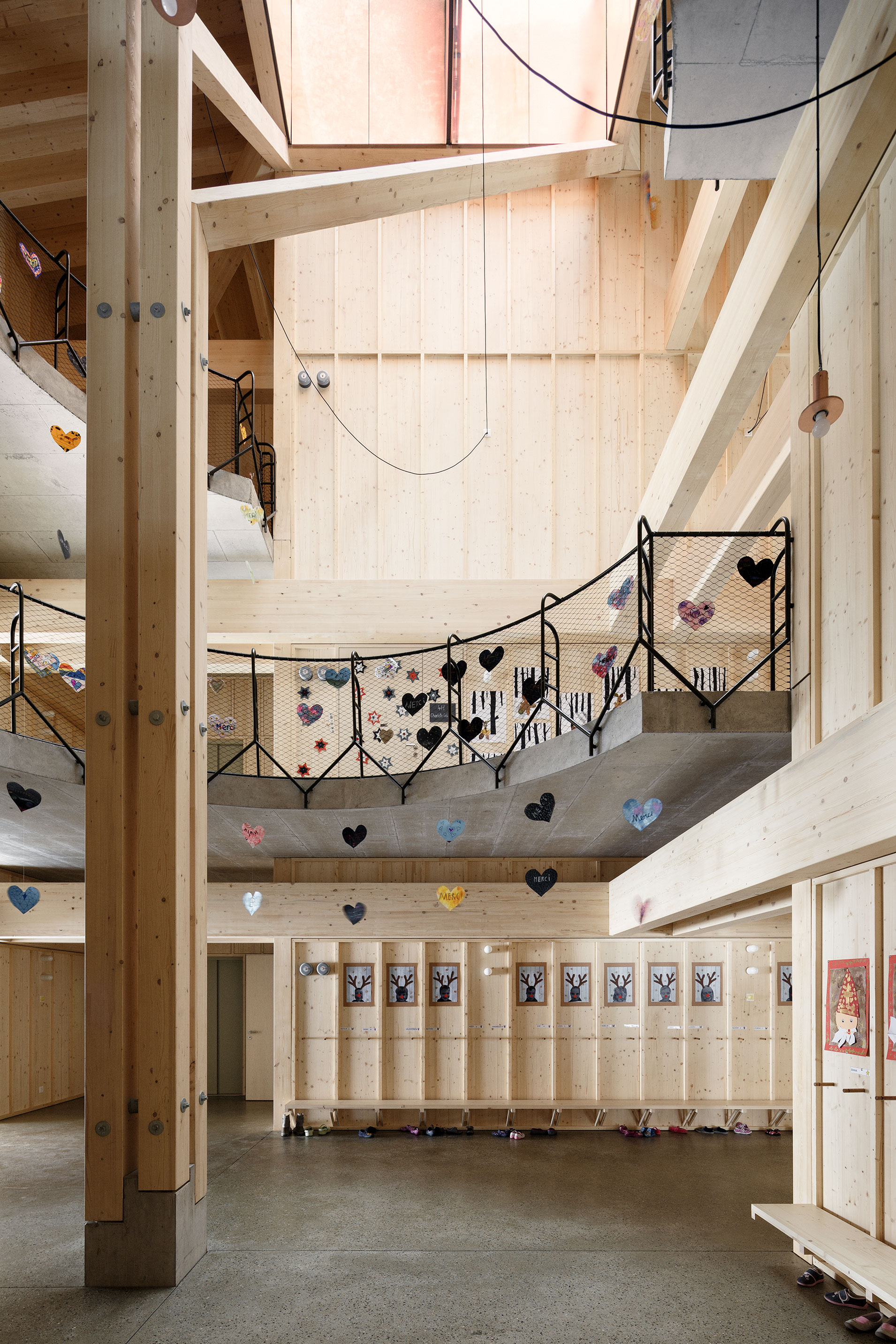 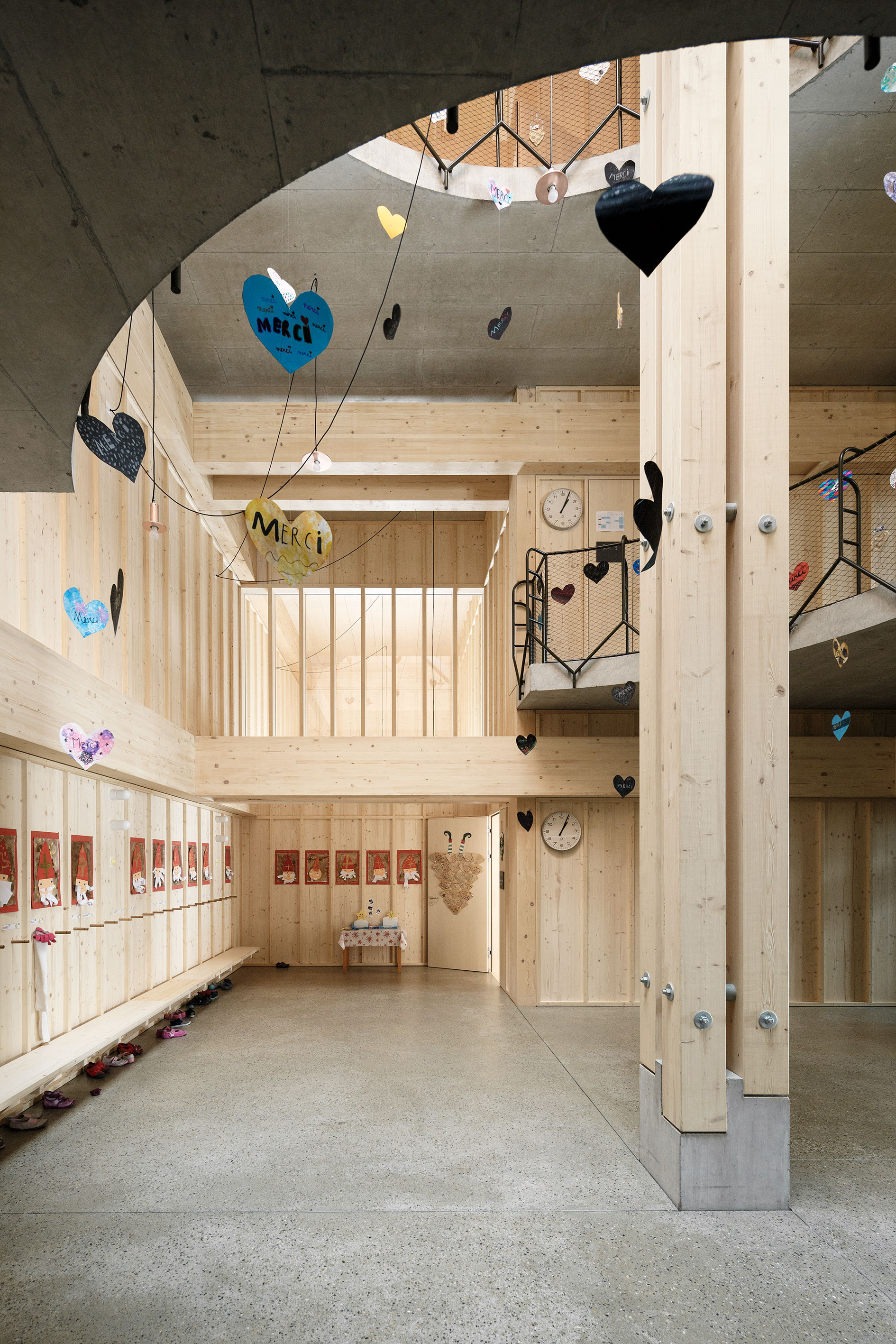 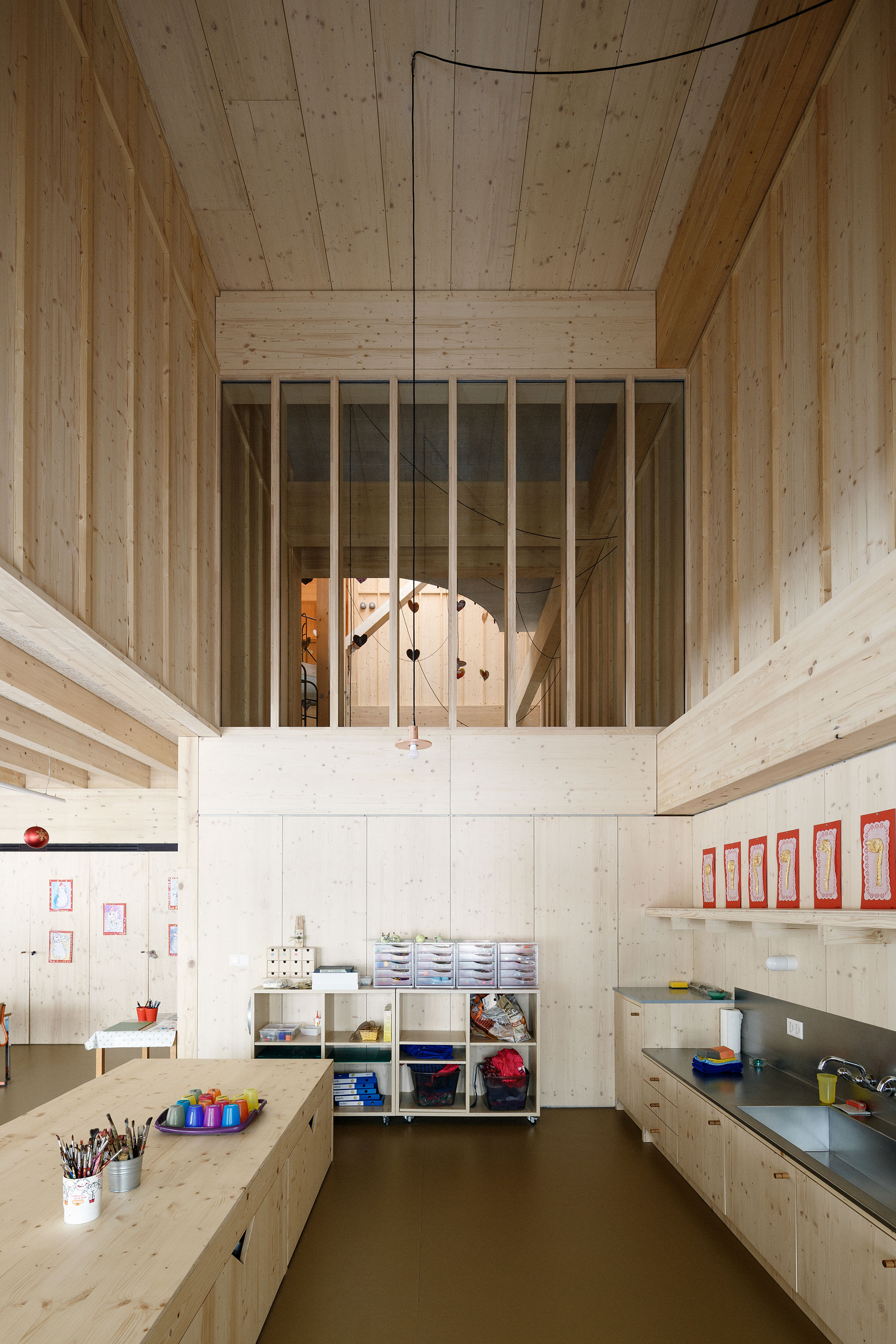 The school program is arranged around an empty space. Classrooms rotate around this central void, a meeting point for the students, center of social relations and axis of movement. 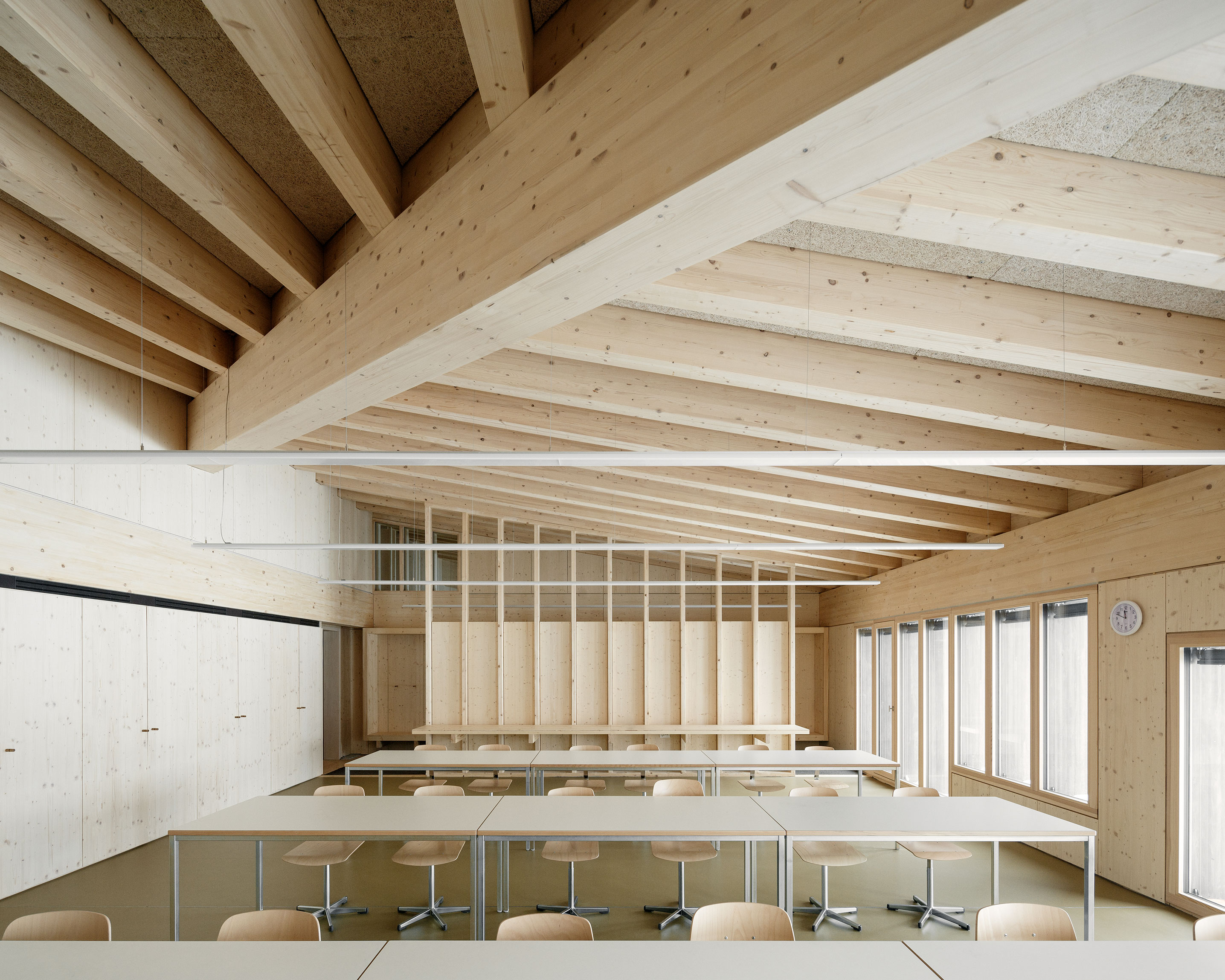 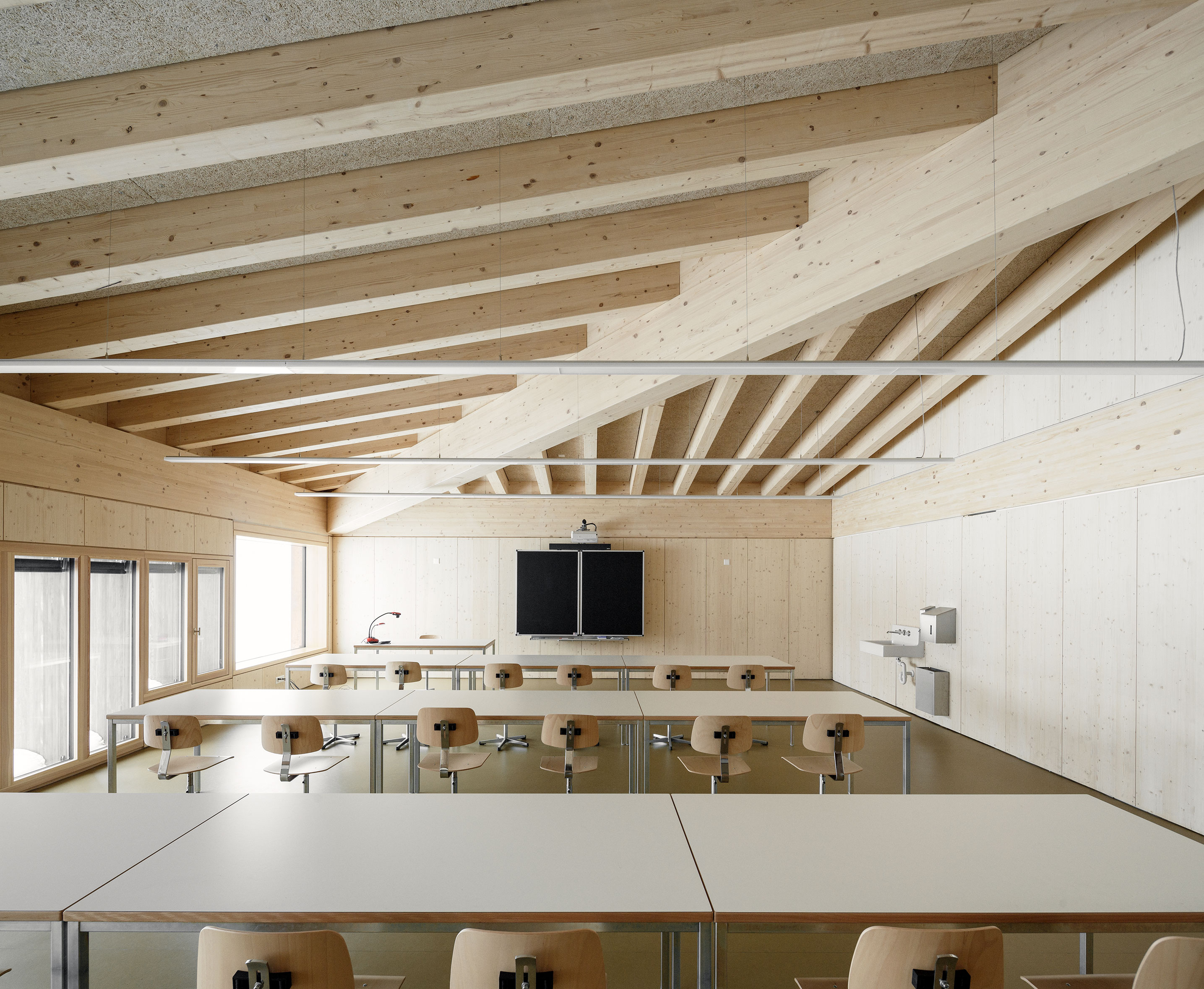 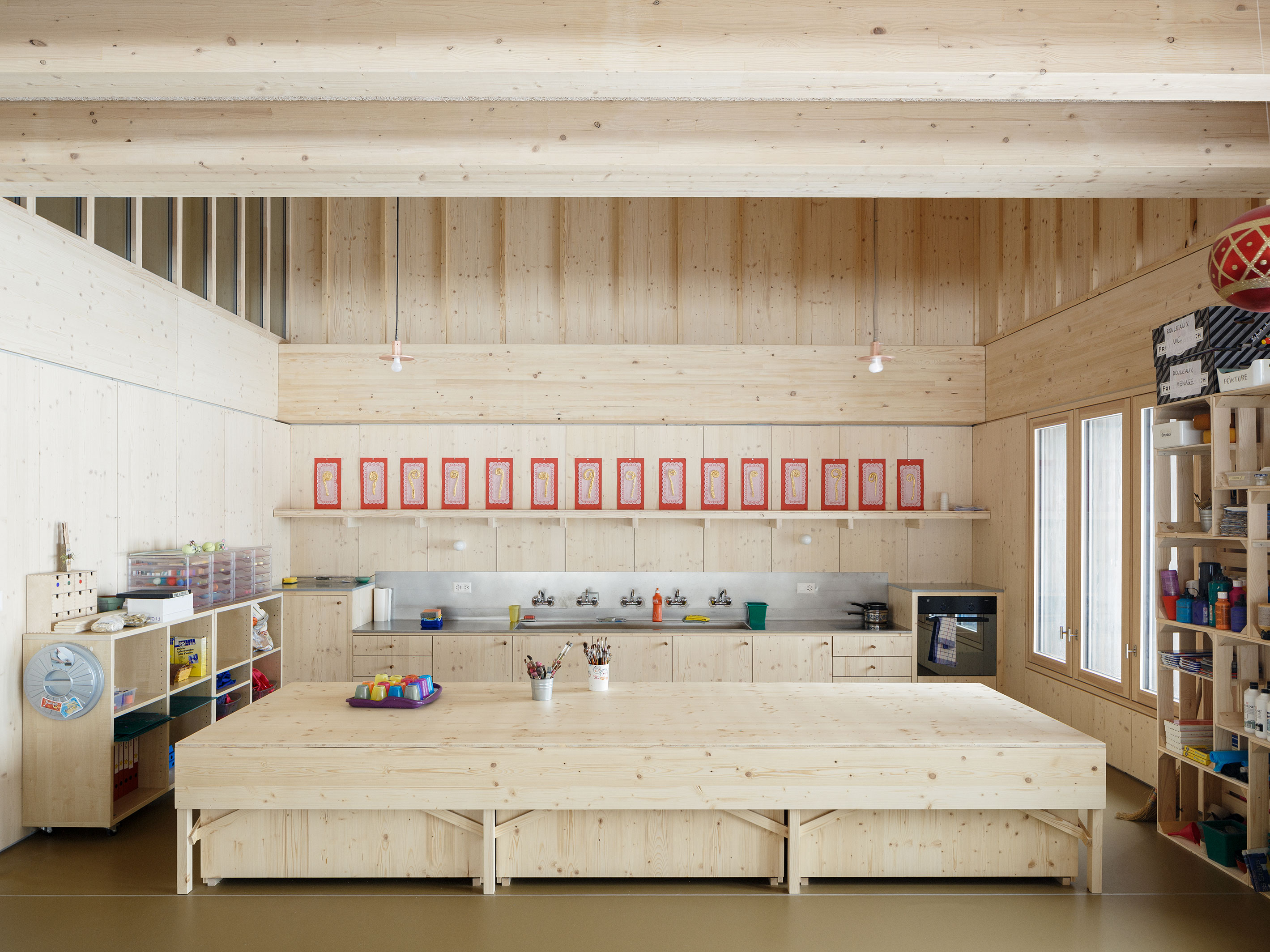