The Red Bull Music Academy (RBMA) is a nomadic annual music festival. The 2011 edition of RBMA was going to be held in Tokyo, but given the devastating effects of the earthquake, the location had to be changed. With only five months to plan, the city of Madrid took over. The creative space known as Matadero Madrid, which is located in an early 20th century industrial warehouse complex, was designated as the event’s new location. 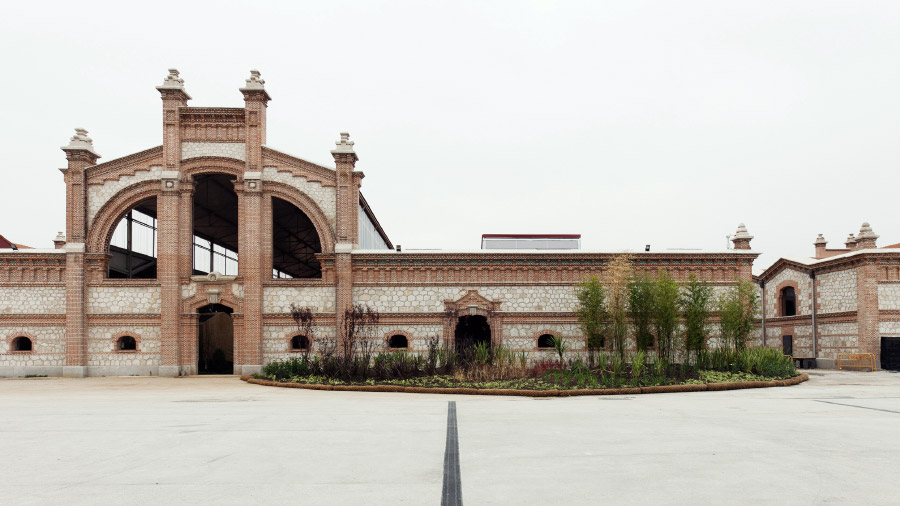 Warehouse 15 of the Matadero is an open space comprised of a metallic structure with a brick facade. This structure, which measures about 4,700 m2 opens directly to the outside. One of the criteria taken into account for this project was that of not modifying the warehouse itself, but rather leaving it exactly as it was before the intervention. 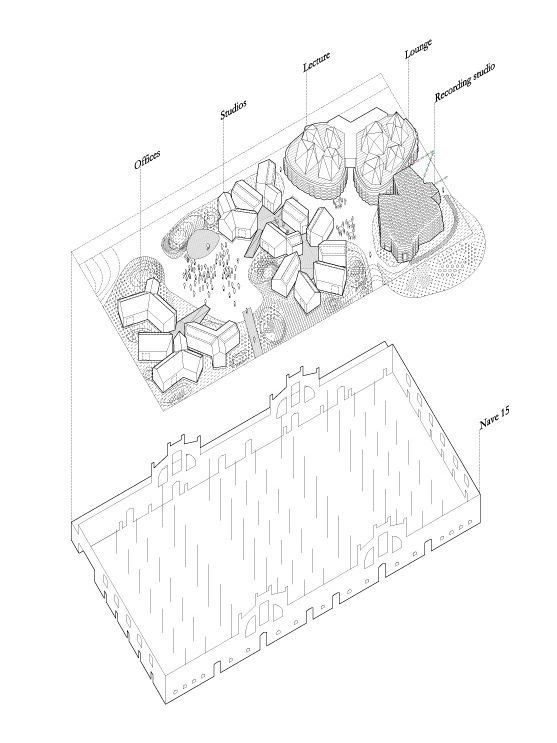 The project unfolds in the warehouse’s interior in the form of a fragmented urban structure in which the variable relationship between proximity and independence, and preexistence and performance could offer unexpected stages to its community of inhabitants. 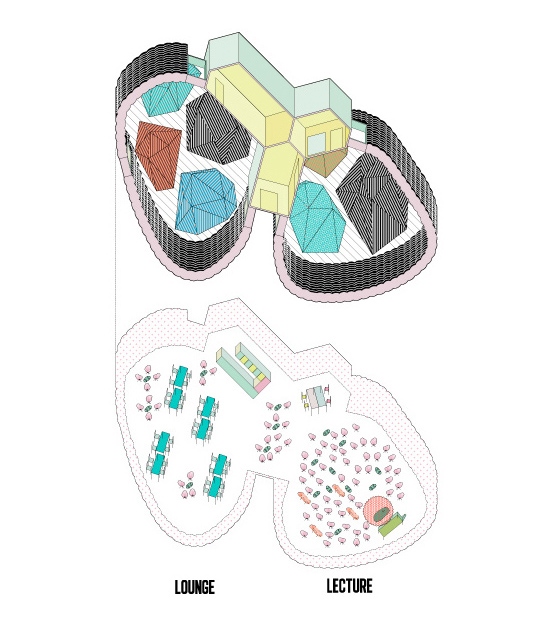 The event’s acoustic requirements determined its geometry, as well as the choice of materials and constructive solutions. 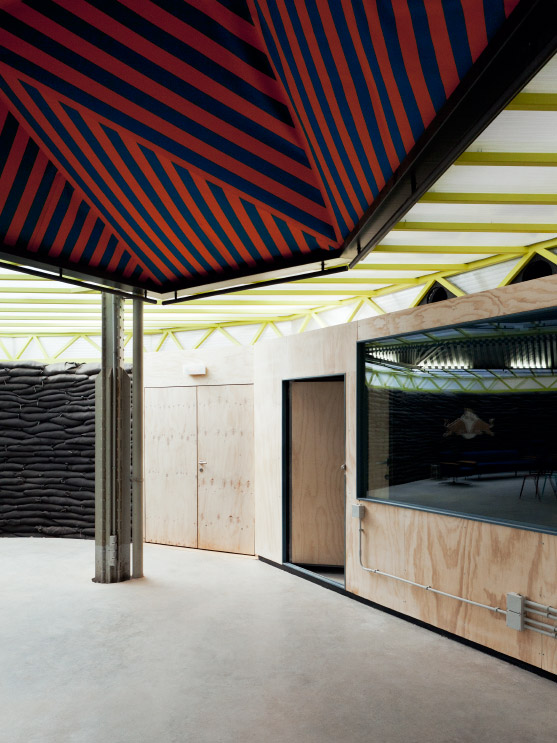 Some heterogeneous solutions included the massive walls in the recording studios, the absorbent surfaces of the cloth domes in the conference room and the structural and geometric independence of the nonparallel pavilions. 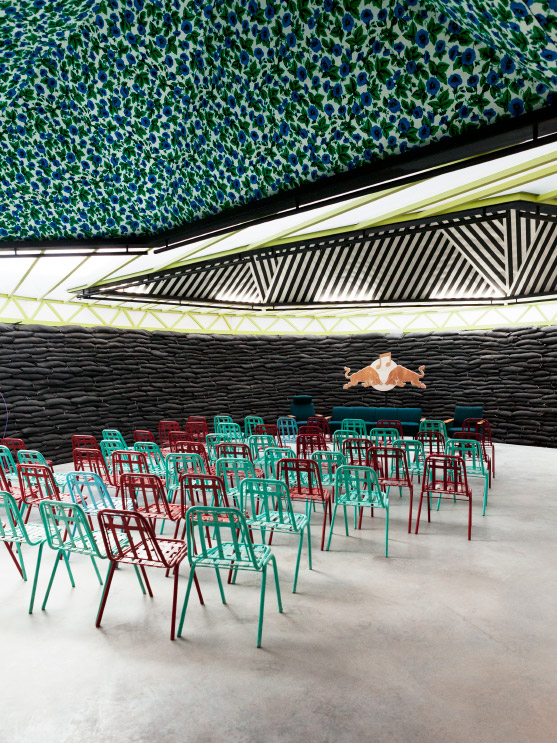 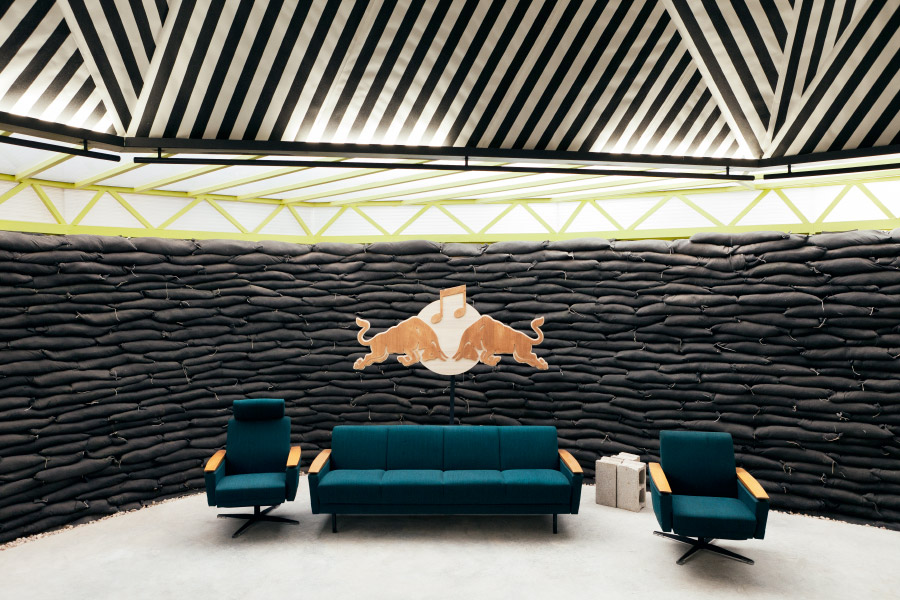 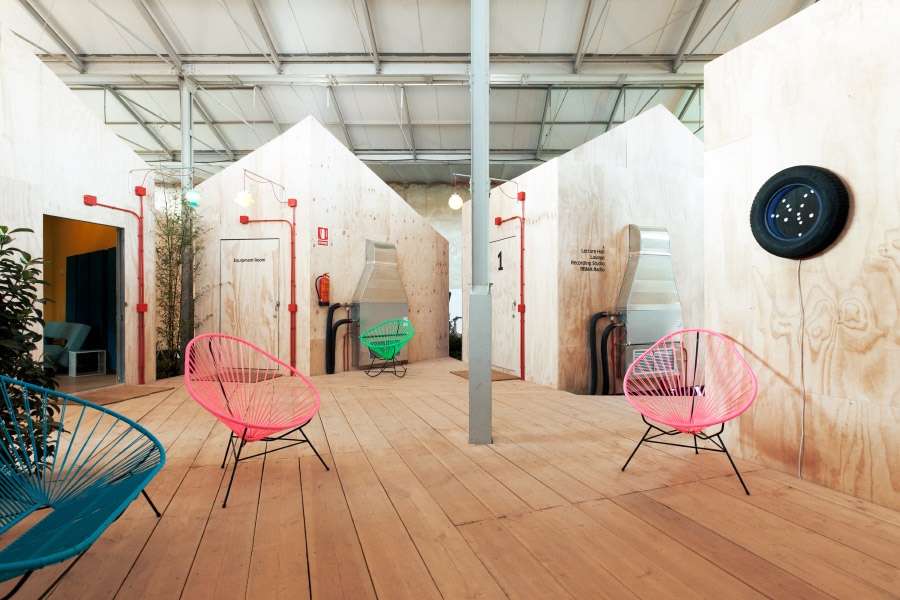 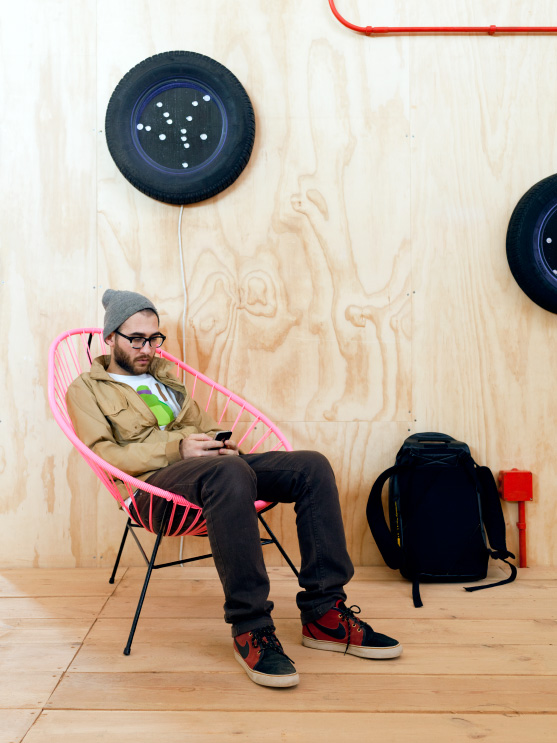 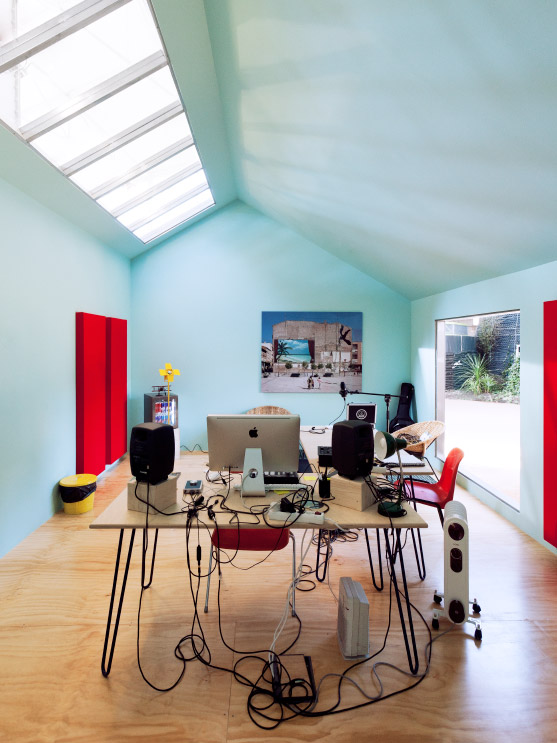 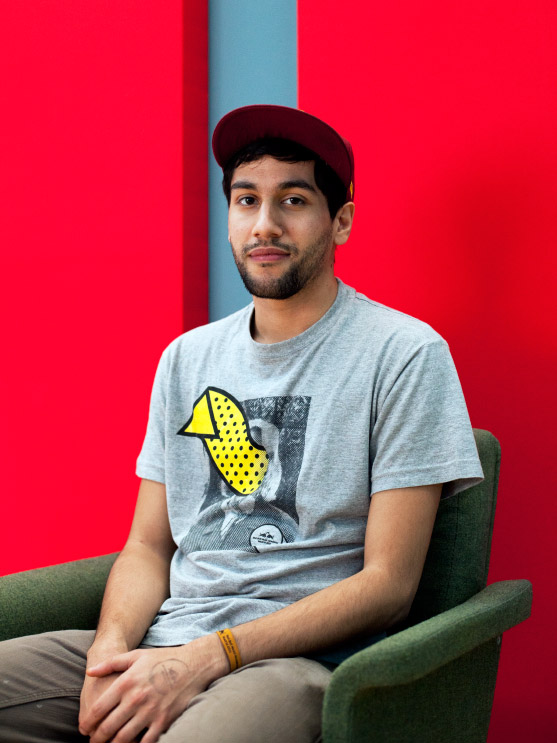 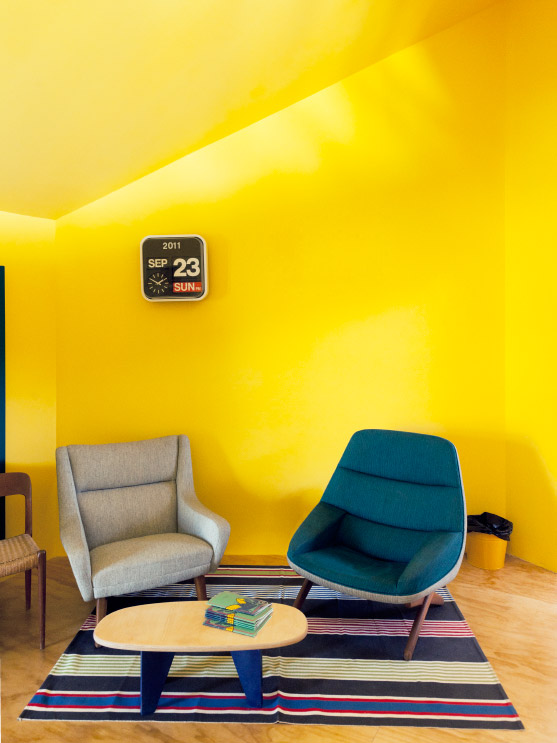 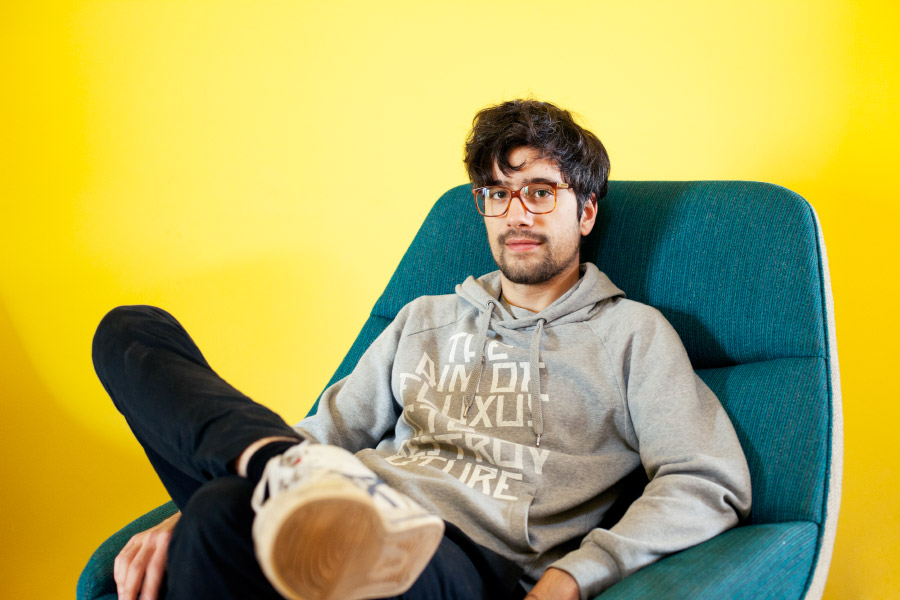 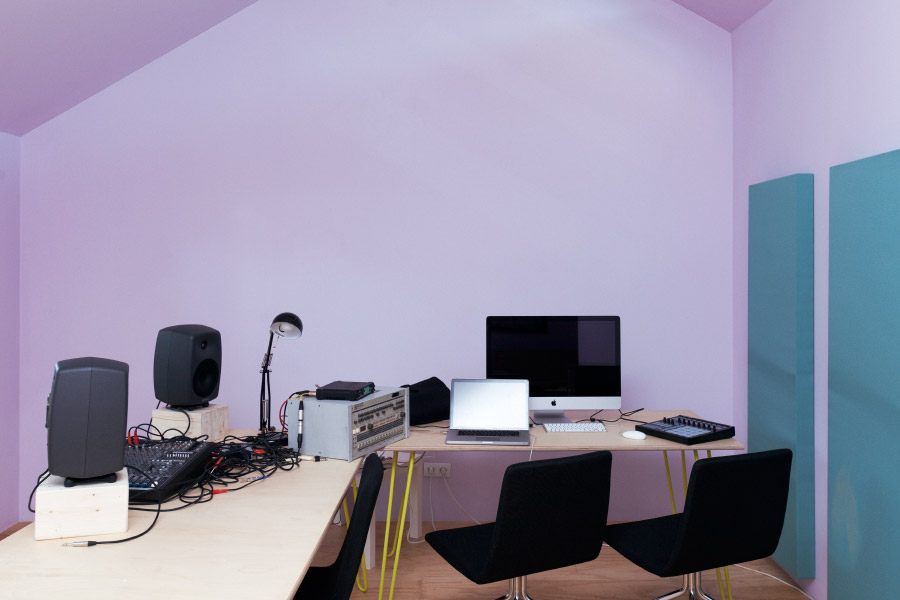 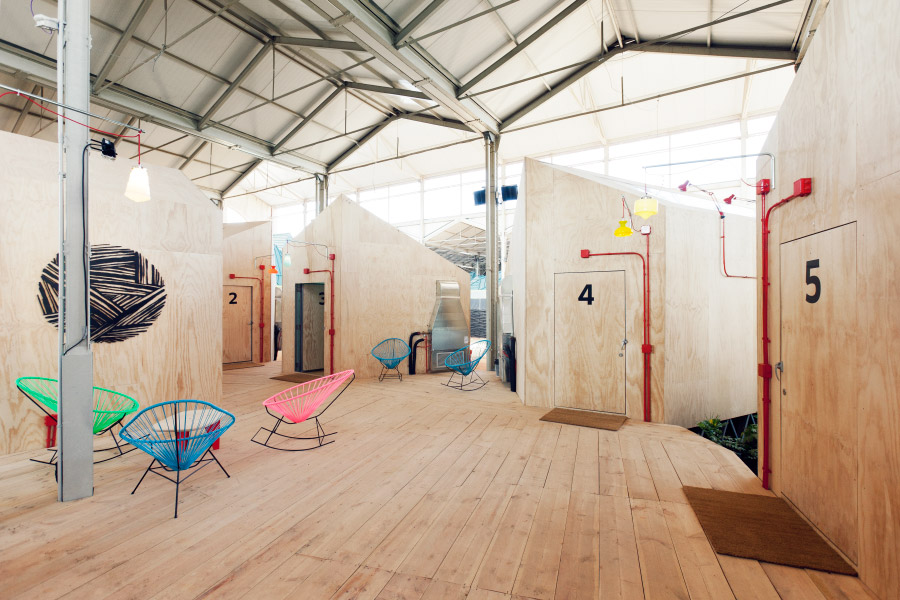 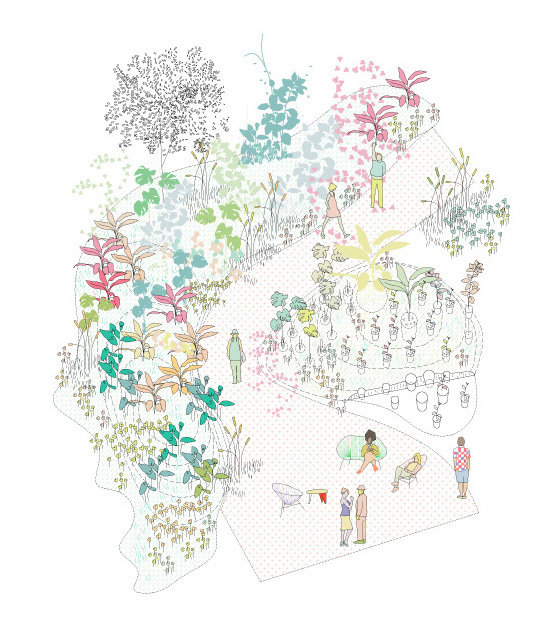 Given the temporary nature of this project and in order to avoid influencing future interventions in the warehouse, it was designed to be dismantled in such a way so as to not leave a trace. Even the “heaviest” actions were designed to be reversible and to allow for their easy recycling for future events. Examples of this included the use of sandbags to make up the walls of the recording studios and potted plants that could later be transplanted in other areas of the Matadero or the city. 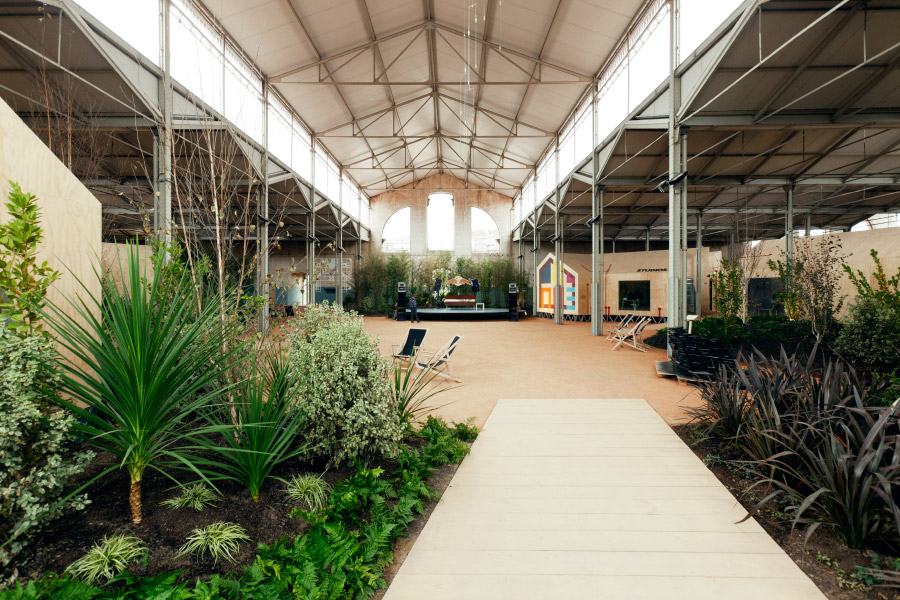 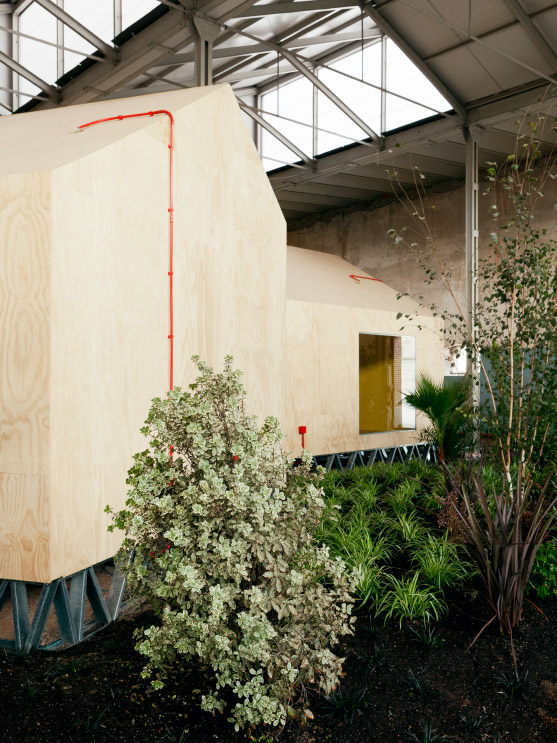 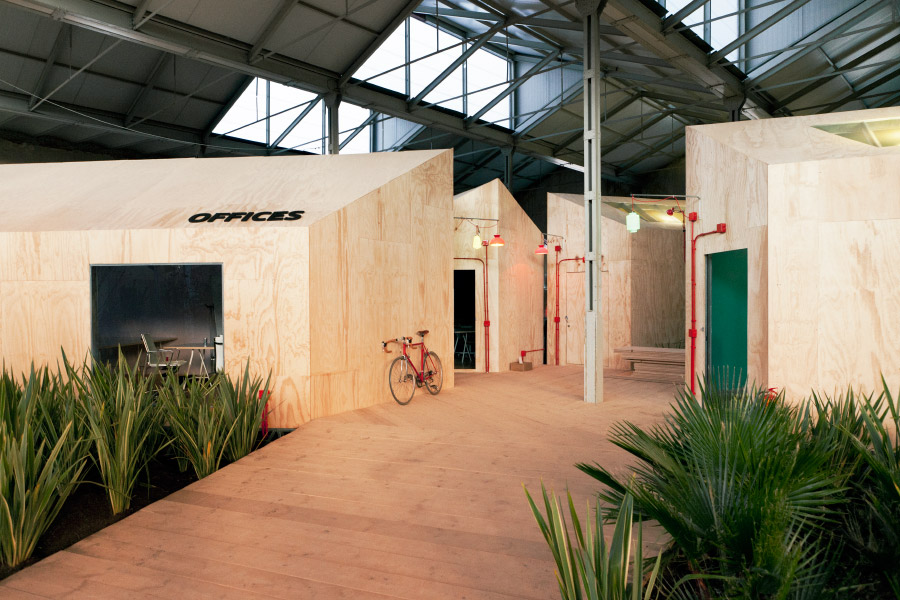 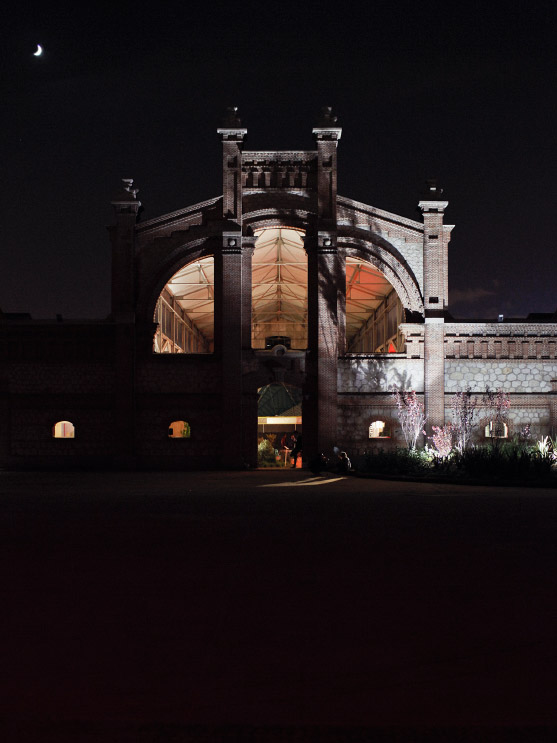